Europe will be hit badly by Climate Change 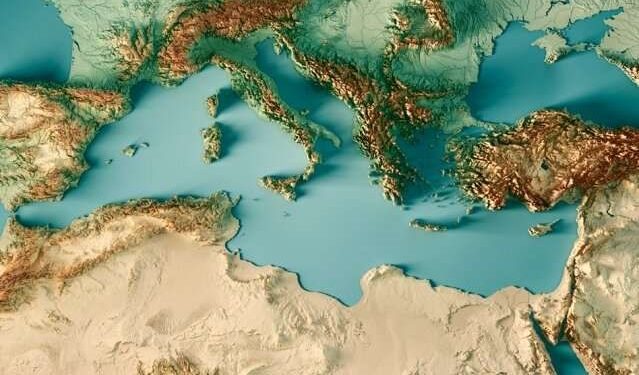 Brussels (Brussels Morning) The latest IPCC report on climate change warns that by 2100, river flooding will affect half a million people a year. At the present time, fewer than 170,000 people face such a threat. And by that time, the damage could rise sixfold – from EUR7.8 billion a year today. In 2002, floods on Central Europe’s major rivers claimed the lives of dozens of Europeans, ruined homes, and cost the countries affected billions of euros. The most affected countries will be Northern and Central Europe, the U.K., and Ireland.

According to a recent study, sea-level rise may raise coastal flooding by a third by the end of this century, causing extensive damage to homes and infrastructure. In the Netherlands, this threat is especially severe due to the cities’ low-lying nature. It will also affect popular tourist hotspots like Venice and Ravenna on the northern Italian coast. The costs to governments will be huge. By the end of the century, the damages from flooding in coastal areas are projected to increase tenfold.

The study uses climate models to measure the exposure of 10 European economies to climate change impacts. The researchers used a moderate scenario based on projected temperature increases. The impact of storm surge will affect ground transport links, as well as secondary economic impacts. Because of these consequences, major airports should intensify their contingency planning. The cost of a single day of flooding, even a small airport, can reach EUR3 million.

The biggest climate-related risk to Europe is water stress. Changing weather patterns will lead to more droughts and higher water levels. This could harm the food and beverage industries, as well as the beer industry. It would change the risk profile of businesses and affect investors, banks, and insurers. These impacts will impact a large part of Europe, including the British Isles. This is why it is essential for these countries to adapt to climate change impacts.

In addition to the loss of biodiversity, climate change is likely to alter animal and plant behavior and affect their life cycles. The consequences of droughts are not only widespread, but they can also be fatal. Some scientists predict that more than a third of Europe’s population will have a hard time dealing with the consequences of extreme weather. Despite the many benefits of increased rainfall, climate change is also expected to increase the number of droughts and floods.

These risks are not just limited to Europe. In fact, they are present in all of the continent’s countries, and their impacts on the European continent and beyond are often incalculable. In particular, the impact of climate change on the European economy is largely dependent on the countries’ ability to adapt to these changes. Those in the north will be hit harder than people in the south. So, while the UK is well prepared for this, a few countries are still preparing for the worst.

The EU has long recognized the risks of climate change. It has been warned that the rising temperature will cause droughts and hot summers, reducing agricultural productivity. Increasing temperatures will also cause food shortages and other problems. In addition to the risks of food and water, climate change will affect the environment. In a recent European heatwave, the average temperature rose by nearly 10 degrees Celsius, making the region increasingly vulnerable to severe weather.

The EU’s sewage systems were not designed to cope with climate change, and they are already being overwhelmed by extreme rainfall. Denmark’s sewage system was overloaded during the 2011 rain, destroying the city’s subway and railways. Thousands of households lost their homes and their livelihoods, and more than ten percent of the city’s population would be displaced. These disasters would be costly for poor households, and the consequences could be devastating.

The European Union’s climate crisis will result in an increase in global temperatures and more frequent high-temperature events. The higher temperatures will affect productivity and infrastructure. The most vulnerable members of society will be hit the hardest by the consequences. Some of the risks are acute, while others are chronic. For example, sea-level rise and climate change will have a significant impact on Europe’s food supplies, and the costs of energy, water, and electricity.