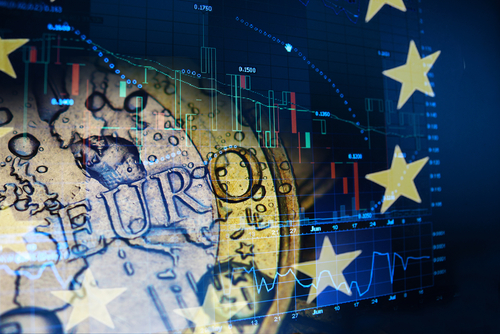 Belgium, (Brussels Morning Newspaper) Analysts have warned that Europe is on the brink of recession and added that recovering from the crisis will take years.

Keith Wade, chief economist at British Schroders asset management company, pointed out that recessions at the end of the last century “followed a similar pick-up in inflation to that being experienced today,” Reuters reports Friday.

He noted that the International Monetary Fund expects growth in the eurozone to stand at 2.8% this year and drop further in 2023 to 2.3%.

In contrast, preliminary records show that inflation rate in the eurozone exceeded 7% in April, making it the sixth consecutive month of record-level inflation.

Analysts pointed out that banks are preparing for the effects of runaway inflation, disruptions brought on by the war in Ukraine and an end to expansive monetary policies of central banks, which were providing them with a stream of money over the last decade or so.

Dutch ING Bank economist Carsten Brzeski warned that “the war, and its impact on price inflation, is a game changer.”

He predicted that it will take years for purchasing power of consumers to recover from soaring inflation, which started picking up pace some two years ago, adding that “companies will be hit as well.”

Analysts added that some banks in the EU have posted losses, pointing to French Société Générale and Austrian Raiffeisen, among other.

They warn that balance sheets of banks are showing weakness as capital buffers of large lenders shrank in Q1 this year. As cases in point, they listed JPMorgan, Bank of America, Barclays, Credit Suisse, HSBC and Citigroup.

Banks are also struggling with the effects of lockdowns imposed with the aim of curbing the spread of coronavirus, which disrupted global supply chains and shuttered thousands of companies, among other.

The European Central Bank is gradually moving away from its expansive monetary policy and could start upping interest rates in the second half of the year, according to sources.

In contrast, its US and UK counterparts have already implemented rate hikes in an effort to rein in soaring inflation, with the Bank of England warning that Britain is facing the risk of double-digit inflation coupled with recession.

Tags: Europe on brink of recessionMain-Slider