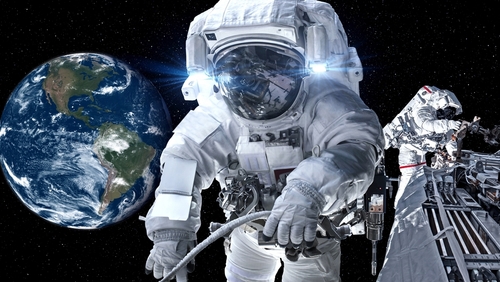 Belgium, (Brussels Morning Newspaper) As world powers work hard on getting humans back to the Moon, Europe is faced with a difficult choice – make an unprofitable investment in developing its own human spaceflight capabilities, or resign itself to paying for seats on rockets belonging to other nations.

Speaking at the 14th European Space Congress in Brussels last week, the European Space Agency (ESA) head, Josef Aschbacher, lamented the fact that Europe lacked a vessel to “explore the next frontier”. He described it as analogous to Christopher Columbus not having had a ship to sail to the Americas.

“We will be on the Moon and we believe we will be living there”. Aschbacher declared. “We will use the Moon as an economic zone. This is a new frontier. The big question is, do we want, as Europeans, to be part of it, or do we want to be watching others going to the Moon?”

Since NASA’s Space Shuttle fleet was retired in July 2011, only one human spaceflight system remained operational in the world for the next nine years – – the venerable Soyuz spacecraft, based on a Soviet-era design which first flew in 1967.

As NASA currently prepares to go back to the Moon with its Artemis programme, using its disposable Space Launch System and SpaceX-designed Starship, ESA is pushing hard for European manufacturers to develop their own manned spaceflight capability.

According to Philippe Baptiste, head of France’s CNES space agency, Europe could develop a launcher capable of delivering astronauts into orbit and possibly beyond, but the decision to do so is ultimately a political one.

Director of the Vienna-based European Space Policy Institute, Jean-Jacques Tortora, told France24 that arguments in favour of the European space programme lack an “economic rationale.” It was up to Europe, he observed, to decide whether it “has the desire to be a space power or not.”

The European spaceflight company ArianeGroup, which is owned by Airbus and the French group Safran, claims it is ready to develop a re-usable, two-stage launcher capable of ferrying astronauts, after previously stressing its ambitions to catch up in the market for re-usable launchers.

Although ministerial-level representatives from France, Germany and Italy made no mention of prioritising European crewed flights last week, an ESA ministerial meeting is scheduled for November, when the agency will lay out its priorities and budgets for the coming years. Appealing to ministers to approve European crew vehicle development, Aschbacher did say he was not “asking for a decision today, or in three weeks.”