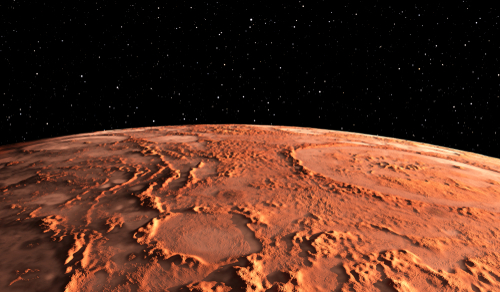 Brussels (Brussels Morning) In a historic moment for the United Arab Emirates, its spacecraft Amal is due to enter the orbit of Mars tomorrow, Tuesday, edging slightly ahead of the Chinese and US missions to Mars, which will reach the red planet within the next week and a half. Of note is the absence of a joint European-Russian mission, which missed out on its chance to join the other three spacecraft approaching Mars this year.

The Amal mission is the UAE’s nascent space programme’s first venture beyond the orbit of Earth, an achievement of significant national pride. AP reports that landmarks around UAE glowed red on Tuesday, marking the end of the spacecraft’s eight-month long journey through the Solar System.

Two rovers and an orbiter

Amal is a comparably simple robotic probe, designed to enter orbit around Mars and study daily and seasonal weather cycles on the planet. It cost around $200 million to build and launch. It was constructed using US facilities with the cooperation of American engineers in Boulder, Colorado. It was launched from the Tanegashima Space Centre in Japan riding a Japanese H-IIA rocket built by Mitsubishi Heavy Industries.

The two missions expected to arrive after Amal in the coming days are the Chinese Tianwen-1, set to arrive on Wednesday, and NASA’s Mars 2020, expected to arrive on 18 February. Both missions are significantly more ambitious in their scope, each including exploration rovers designed to land on the planet’s surface in search of evidence of current or past life on Mars.

Europe and Russia coming in 2023

Initially, the joint European-Russian programme ExoMars aimed to launch its first robotic rover Rosalind Franklin to Mars during the same July 2020 launch window as the other three missions. However, the  European Space Agency (ESA) and the Russian Roscosmos then opted  to delay the launch to the next window in August 2022, citing the need for further testing of the spacecraft prior to launch.

ESA still has a foot in the door with the current NASA mission, since one of its goals is to prepare sample canisters filled with Mars rocks for retrieval by a future ESA “fetch rover”. Airbus is currently at work on developing the concept. A future NASA/ESA mission could pick up the samples from Mars, load them on a Mars launch vehicle, transfer them to an Earth orbit return vehicle, and finally drop them to Earth in a third separate vehicle.