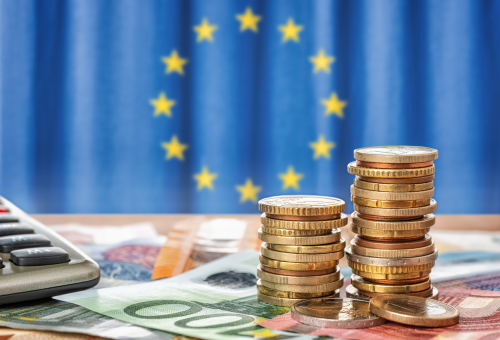 German Bundesbank head Joachim Nagel noted earlier this week that the ECB could up interest rates in the second half of the year while Mārtiņš Kazāks, his Latvian counterpart, pointed out that the ECB could make the move in July, Reuters reports.

The euro strengthened 0.4% against the US dollar and made gains against the Swiss franc, Japanese yen, and the Norwegian crown.

Kenneth Broux, Société Générale strategist, pointed out that “the euro is all about ECB drumbeat for a July hike.”

He stressed that markets are expecting the EU central bank to up rates some 20 basis points by July and more than 70 by the end of the year, which would mean above-zero benchmark rates for the first time in approximately nine years.

In an interview released on Thursday, ECB Vice President Luis de Guindos pointed out that the central bank could discontinue its stimulus scheme and up rates in July.

Earlier this month, the ECB announced it would end its bond purchasing program in Q3 and up interest rates after that, reversing its expansive monetary policy as inflation continues to pick up the pace.

“My opinion is that the program should end in July and for the first-rate hike we will have to see our projections, the different scenarios, and, only then, decide,” de Guindos stated.

The ECB previously announced it would up interest rates only when it was confident that inflation would remain above the bank’s 2% target. The central bank is to update its projections in June and September.

Inflation in the eurozone reached 7.5% in March, with de Guindos predicting that it will stay above ECB’s target this year.

He expects inflation to start dropping in the second half of this year, forecasting it would remain above 4% in Q4.