EU willing to resolve trade disputes with US 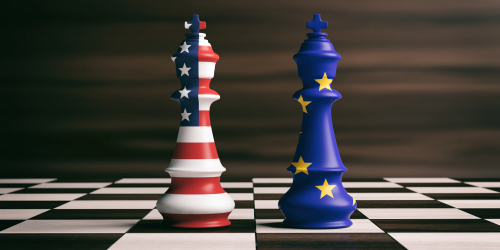 Brussels (Brussels Morning) The EU has announced its readiness to resolve trade disputes with the US on Thursday, in acknowledging the US government’s decision to refrain from imposing more tariffs on imports from the EU, Reuters reports.

The Office of the US Trade Representative (USTR) noted earlier on Thursday that revising tariffs on EU goods was not necessary.

The decision came one day after the USTR announced it was looking forward to cooperating with the EU to resolve the 16-year trade dispute over state aid provided to Airbus and Boeing aerospace companies.

“The EU is ready to engage with the new US administration on the basis of the EU-US agenda for global change we adopted on 2 December,” an unnamed EU spokesman noted on Thursday. He added that the goal is to resolve “our ongoing trade disputes,” including the one on the subsidisation of the two aerospace companies.

Talks to start after appointment of US Trade Representative

While EU and UK officials are prepared to work towards a solution to the trade dispute with the new Biden administration, talks cannot start before the US Senate confirms Katherine Tai, nominee for the post of US Trade Representative.

This could take several weeks, with the confirmation hearing yet to be scheduled.

On Monday, EU and UK officials stressed they want to resolve the trade dispute, when EU Ambassador to the US Stavros Lambrinidis noted that Brussels had proposed a bilateral suspension of tariffs for a period of six months to allow for negotiations.

The UK, part of the Airbus consortium but no longer an EU member state, announced its willingness to suspend tariffs, unilaterally, if necessary, as a gesture of good will.