EU, US to strengthen cooperation on environmental issues 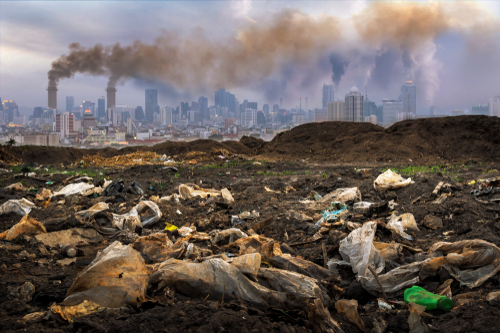 Toxic waste from human hands Industries that create pollution and cities that are affected by pollution.

Brussels (Brussels Morning) The EU and the US plan to strengthen cooperation on the fight against environmental climate change, but are not looking to set a date to phase out the use of coal, according to a draft statement.

The move marks the renewal of EU-US climate cooperation, following the Trump administration’s withdrawal from the Paris Agreement.

The US and the EU are the biggest CO2 emitters after China, which emits more than the two Western powers combined. According to a draft statement, the EU and the US plan to cooperate on the development of green technologies and will discuss collaboration on sustainable finance as a tool in the fight against climate change.

In addition, the two Western forces are to “scale up efforts” to honour the pledge to spend 100 billion US dollars annually to help poor nations lower their CO2 emissions and contribute to the fight against global warming.

Canada and Germany have agreed to direct billions of euro towards climate finance, with activists calling on the EU and the US to follow suit.

In April, the US announced plans to double climate funding to about 5.6 billion dollars by 2024 from the 2.8 billion dollar average that was committed during former President Barrack Obama’s administration.

In 2019, the EU and its members made some 21.9 billion euro in climate finance available to developing countries, making the bloc the largest provider of climate finance.

The current draft statement is in line with the statement issued by G7 leaders last week, which sets 2022 as the deadline for halting government financing for international coal-fired power plants without carbon sequestration technology.