EU, US threaten sanctions against Somalia over democratic standards 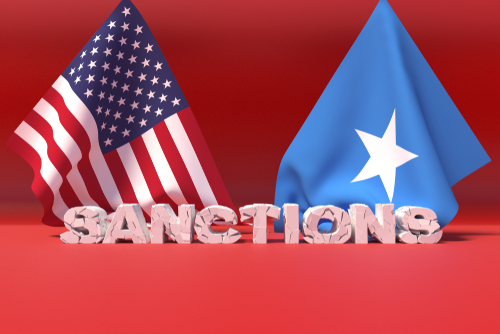 Brussels (Brussels Morning) The EU and the US have warned Somalia to end its current election deadlock or face sanctions, DW reported on Thursday.

Somalia’s President Mohamed Abdullahi Mohamed has signed regulations that would extend his mandate two years, a move decried by the international community.

US Secretary of State Antony Blinken pointed out that “such actions would be deeply divisive, undermine the federalism process and political reforms that have been at the heart of the country’s progress”.

It strains relations with the international community and takes attention away from the fight against the al-Shabaab jihadist group, he said.

Blinken stressed Mohamed’s move could undo the progress made towards peace in cooperation with other countries, and underscored Washington’s disappointment with him.

If Somalia implements the law, Blinken warned, the US could have to impose sanctions against the country or establish visa restrictions.

“The decision to extend the Federal Government’s term undermines further the country’s peace and security”, Blinken said as he called on Somalia’s Federal Government and Federal Member States “to return to talks and agree to a way forward”.

Josep Borrell, High Representative of the EU for Foreign Affairs and Security Policy, pointed out the bloc would take “concrete measures” unless Somalia resumes talks on elections immediately.

The UN Assistance Mission in Somalia issued a joint statement with the Intergovernmental Authority on Development regional trade bloc, the EU and the UK, expressing deep concern over the move.

Regional observers claim the political crisis in Somalia could further destabilise the country after decades of conflict and a jihadist insurgency.

Responding to threats of sanctions, Somali authorities have asserted that international backers are undermining its sovereignty.

“While we appreciate the concerns of our friends and international partners for Somalia’s stability and security, it is regrettable to witness champions of democratic principles falling short of supporting the aspirations of the Somali people to exercise their democratic rights”, the country’s Ministry of Foreign Affairs stated.

On the other hand, Senate Speaker Abdi Hashi Abdullahi warned that Mohamed’s move was unconstitutional and would “lead the country into political instability” and create security risks.