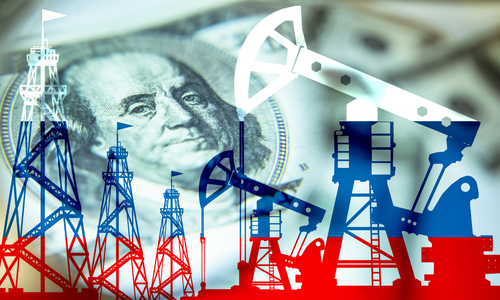 Belgium, (Brussels Morning Newspaper) The EU has reached an agreement on liquefied natural gas (LNG) supply with the US on Friday as part of its plan to end dependency on Russian imports.

Officials announced the deal during US President Joe Biden’s visit to Brussels, after NATO, G7 and EU leaders attended summits there to discuss their responses to the war in Ukraine, Reuters reports.

The conflict caused already rising energy prices to spike and prompted the EU to rethink its energy strategy and dependence on Russian imports, with the bloc planning to cut Russian gas imports and find alternative suppliers.

“The US will work with international partners and strive to ensure additional LNG volumes for the EU market of at least 15 billion cubic metres in 2022, with expected increases going forward,” the White House noted.

It added that long-term plans include upping supply to roughly 50 billion cubic metres per year until 2030.

Qatar, UAE instead of Russia

As part of the plan to wean itself off Russian gas imports, Germany recently approached Qatar and the UAE to secure LNG supplies.

Some bloc members, including Greece and Spain, are calling on the European Commission to intervene and impose bloc-wide price caps. A group of member states including Germany and the Netherlands oppose the plan.

The EU covers approximately 40% of its natural gas needs and more than 25% of its oil needs with Russian imports, with Germany the most dependent and the most reluctant to impose the proposed embargo.

Also on Friday, crude oil prices slipped, but are still on the path to the first weekly gain in the last three weeks.

JPMorgan Chase analysts pointed out that “as the single largest buyer of Russian oil, the more rapidly Europe seeks to cut Russia’s imports, the higher global oil prices will rise.”

Organization of the Petroleum Exporting Countries (OPEC) sources warned that an EU embargo on Russian oil could hit consumers and added that the group informed Brussels about its concerns.

The US commented on oil supply concerns, announcing that it was discussing additional release of oil from storage with allies.

Tags: Main-SliderQatarUAE instead of Russia
No Result
View All Result