EU, US, NATO criticise Belarus for treatment of migrants 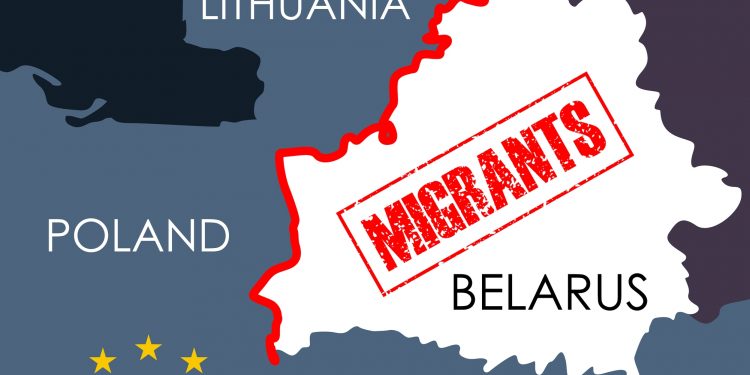 Brussels (Brussels Morning) The EU, the US and the NATO have criticised Belarus for using migrants as political pawns.

Poland, having noted that it prevented hundreds of migrants from forcing their way across the border from Belarus, has warned that the border crisis is escalating, RFI reported today.

Yesterday, the EU and the US called on Belarus to stop orchestrating illegal border crossings into the bloc, with the former considering additional sanctions against Minsk.

The Polish Ministry of National Defence announced that Interior Ministry forces and soldiers had “managed to stop the first mass attempt to breach the border” but that had “set up a camp in the Kuźnica region”, where “they are constantly guarded by Belarusian services.”

Polish Government spokesman Piotr Müller warned that the migrant build-up could lead to armed action. He accused “people linked to Belarusian special services” of organising an attempted breach of the border.

Belarus reportedly has been issuing visas to allow migrants from the Middle East to fly into the country.

Germany, which pushed the bloc to take in more migrants in 2015 and 2016, is now calling on the EU to do more to prevent the influx from Belarus.

Horst Seehofer, the caretaker Minister of the Interior, stressing the need to help Poland secure the bloc’s external border, declared it the European Commission’s responsibility to take action.