EU, US decide against kicking Russia off SWIFT 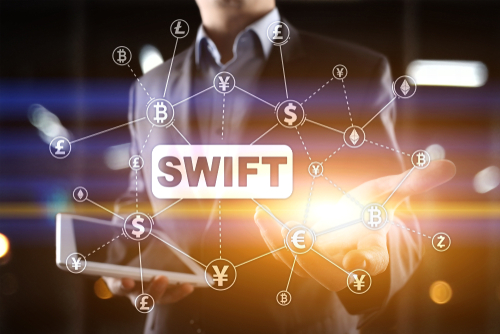 Belgium, (Brussels Morning Newspaper) The EU and the US have decided against kicking Russia off the Society for Worldwide Interbank Financial Telecommunication (SWIFT).

While Western countries slapped Russia with new sanctions on Thursday, they decided to hold one important sanction in reserve, according to AP reporting on Friday.

US President Joe Biden announced plans to limit exports to Russia and impose sanctions on Russian state-controlled companies and banks.

He noted that booting Russia off SWIFT is “always” an option, but stressed that “right now that’s not the position that the rest of Europe wishes to take.”

Answering a question on Thursday, Biden stressed “the sanctions we’ve imposed exceed SWIFT… let’s have a conversation in another month or so to see if they’re working.”

US Senator Mitch McConnell expressed belief that the US should “ratchet the sanctions all the way up… don’t hold any back… every single available tough sanction should be employed, and should be employed now.”

Some countries in Europe, including the UK and Ukraine, are in favor of kicking Russia off the system. Other countries prefer delaying the measure, stressing that it could have negative economic effects on them and hurt international trade.

Europe split on the issue

Mark Rutte, Prime Minister of the Netherlands, commented on the proposed move and noted that “a number of countries are hesitant since it has serious consequences for themselves.” He concluded that kicking Russia off SWIFT should be a last resort.

UK Prime Minister Boris Johnson called for banning Russia from SWIFT at a virtual G7 meeting on Thursday, with the UK government noting that he did not receive pushback, but attendants of the meeting agreed to discuss the proposal.

SWIFT accounts for roughly 50% of cross-border high-value payments and the system reported an average of 42 million daily messages last year.

Attorney Adam Smith pointed out that SWIFT is “a communications platform, not a financial payments system.”

“If you remove Russia from SWIFT, you’re removing them from a key artery of finance, but they can use pre-SWIFT tools like telephone, telex, or email to engage in bank-to-bank transactions,” he concluded.

According to experts, Russia has prepared to avoid sanctions.