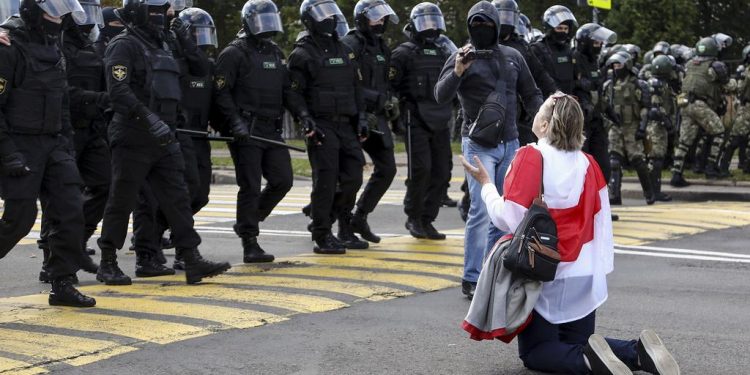 Seventeen Organisation for Security and Cooperation in Europe (OSCE) members have formed an independent team to probe alleged rights violations in the presidential elections in Belarus, Reuters reports.

The countries in question are EU members Denmark, Belgium, Estonia, Finland, France, Latvia, Lithuania, the Netherlands, Poland, Romania, Slovakia and the Czech Republic as well as the US, Canada, the UK, Iceland and Norway.

Denmark’s Minister of Foreign Affairs Jeppe Kofod pointed out on Thursday that the mission aimed to hold the authorities of Belarus to account for violations of the rights of the Belarus people to have free and fair elections, enjoy fundamental freedoms and the rule of law. According to the Danish Foreign Ministry, the mission would release a report six-to-eight weeks after investigating reports of political persecution, the crackdown on journalists and activists and the illegal detention, torture and excessive use of force used against peaceful protesters.

Belarus President Alexander Lukashenko insists that he won the elections fairly and that he is the victim of a smear campaign orchestrated by the West.

During his visit to the US earlier this week, UK Secretary of State for Foreign, Commonwealth and Development Affairs Dominic Raab predicted that Lukashenko and his main supporter, Russia’s President Vladimir Putin, would try to sit the controversy out. Raab said it would be very hard for Lukashenko to carry on as normal if the international mission was to get answers to key questions on elections in Belarus. He stressed the importance of the international community’s response, noting that there should be room for dialogue but that there should be consequences for Belarus and for Russia should they not budge.

However, the chances of the OSCE mission gaining access to Belarus are considered slim given that Minsk prevented the deployment of an OSCE team of election observers when the elections were being held and has ignored repeated offers to visit by OSCE chair, Albanian Prime Minister Edi Rama.

On Thursday, 29 countries including the US and Germany issued a joint statement condemning the reported shutdown of the internet in Belarus following last month’s elections. The US Department of State issued a statement warning that shutdowns and blocking or filtering of services without procedural fairness and transparency is unjustifiable and limits the rights of citizens to peaceably assemble as well as infringes on freedoms of association and expression.