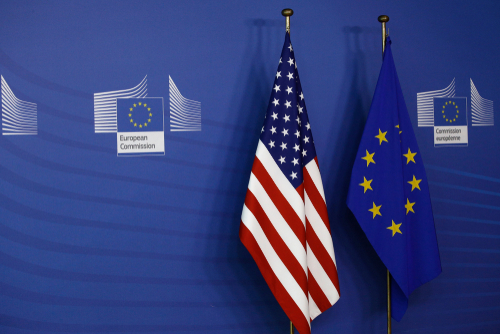 Brussels (Brussels Morning) The Trade and Technology Council (TTC), launched on 15 June at the EU-US Summit in Brussels, covers several critically important themes for transatlantic cooperation, ranging from global trade, economic and  technology issues to Data and Artificial Intelligence. The ultimate goal, however, is even more ambitious. What is at stake is nothing less than to start a new chapter of a strategic alliance that, however challenged in recent years, remains essential not just for these two economies but for the entire world. Now, probably more than ever.

Certainly, this was clearly the message that emerged from the first Transatlantic Legislators’ Dialogue (TLD) meeting in Pittsburgh, Pennsylvania, on 29 September. On that occasion, both EU and US representatives highlighted that the fields covered by the TTC are the ones that will provide us with the solutions that are needed to fight climate change, manage the fast-paced technological revolution under way and/or ensure adequate and fair supply chains.

I personally witnessed the same willingness to cooperate when visiting Washington at the beginning of November as a member of the European Parliament Commission on Industry, Research and Energy (ITRE). This mission entailed all the traditional elements of a political event, including high-level meetings at the White House and Congress, but also a lot of concrete, ground preparing work.

Within three days, we had met with officials from the House Select Committee on the Climate Crisis, the Department of Energy, the National Institutes of Health, the American National Standards Institute, The Office of Science and Technology in the White House, and the House Committee on Science, Space, and Technology, along with several associations and interest groups from the private sector.

There is a genuine commitment to move forward on key strategic issues, the reason being that both the US, under the Biden Administration, and the EU have come to realise that they have much to gain from aligning positions and sharing capabilities. Whether we are talking about data processing and security, adopting adequate standards and reducing carbon emissions or dealing with different global menaces, each side brings something to the table. Together, they are more than just the sum of their parts.

The two mRNA COVID-19 vaccines, enabled by research done in the European Union, with European funds, and leveraged by the investment made by large US pharmaceuticals, are just one example of what these two powerhouses can accomplish when they combine efforts.

For a long time now, I have been arguing that the EU needs to regain competitiveness and sovereignty in critical areas, such as the digital economy and in terms of industrial output. However, this does not mean that we should isolate ourselves from the world or forfeit chances of cooperation. Especially with partners that share so much with us already.

This relationship should also include, if not shared norms and standards, at least a level playing field on critical matters, including climate and energy but also cybersecurity and data sharing, health data especially, which is increasingly important for both parties. Currently, because of its different interpretations, the GDPR makes cooperation in health research more difficult.

Together, the US and the EU account for more than 830 million citizens and represent over 50% of global GDP. They also have the largest bilateral trade relationship in the world, amounting to around one trillion euro. Moreover, they share a deep historic and cultural connection and have political systems that, despite their differences, are grounded on the same core democratic values.

It is important to note that the balance of powers in the United States could change after the 2022-midterm elections. Therefore, it is extremely important to make good use of the current willingness to cooperate and advance quickly and decidedly on all the issues now under discussion.