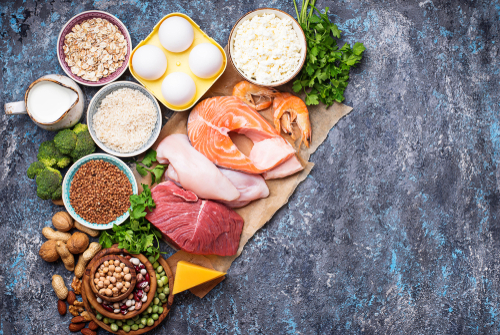 Brussels (Brussels Morning) The EU’s chief negotiator with the UK, European Commission Vice President Maroš Šefčovič, urged Britain on Tuesday to consider a Swiss-style agreement on animal products, a move that would resolve many of the key disputes between the two sides over implementation of the Northern Ireland Protocol.

The special provision of the Brexit agreement effectively kept Northern Ireland within the EU customs area, in order to prevent a hard border on the island of Ireland, which would breach the 1998 Belfast Good Friday Agreement. Such a solution required the introduction of border checks in the Irish Sea, insofar as British meat and other products subject to EU veterinary regulations must now be treated as originating from a third country.

According to London, the Protocol threatened to jeopardise the supply of goods to the British province, with supermarkets facing problems stocking their shelves. Acting unilaterally, the UK extended the grace period for checks on goods entering Northern Ireland from mainland Britain, which prompted Brussels to launch an infringement procedure against London.

As tensions soared between the two sides, with the EU insisting Britain adhere to the mutually-agreed rules set in the Brexit treaty, London accused Brussels of refusing to show any flexibility to help resolve the problems being experienced in Northern Ireland. To make matters worse, pro-British Protestant unionists in the province threatened to reignite hostilities with the Catholics, fearing that a border in the Irish Sea pushes Northern Ireland towards unification with the Republic of Ireland.

In a show of goodwill, Šefčovič announced last week that the EU will extend the grace period on veterinary goods for an additional three months, easing the pressure of ongoing negotiations, while making it clear that there would be no more extensions.

Šefčovič informed London that it must either find an alternative means of supplying retailers in Northern Ireland or agree to a deal which would keep it aligned with EU veterinary regulatory standards, thereby eliminating the need for a majority of checks.

In what seems to be a new strategic move by Brussels, Šefčovič again suggested on Tuesday that a “Swiss-style” deal would provide a lasting solution to the problem, emphasising that it “could be negotiated very quickly and would address many concerns”.

Although not a part of the EU, Switzerland maintains a close working relationship with the Union through a series of bilateral agreements. These provide the country with many of the bloc’s benefits, including comprehensive access to the single market.