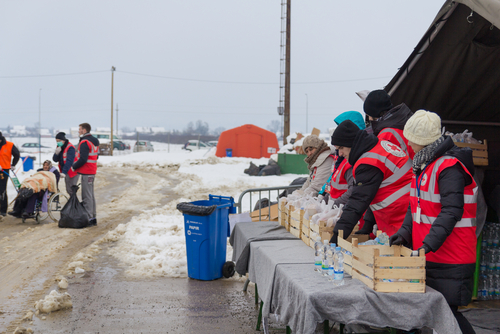 Brussels (Brussels Morning) The EU and the UN are hoping to raise billions in aid for Syria during the two-day conferenced dedicated to “Supporting the future of Syria and the region”.

On the second and last day of the pledging conference, High Representative Josep Borrell and UN Secretary-General António Guterres reiterated their support for the Syrian people.

“Our core message as EU remains clear: we will remain fully committed for Syria and supporting their people”, Borrell said.

A note from UN Secretary-General António Guterres underscored the importance of supporting a country that for the last decade has been, as he put it, the stage of “death, displacement and deprivation”.

“Things are getting worse, not better”, Guterres declared, noting that many Syrians had lost confidence that the international community can do anything to help them. The UN Secretary-General urged the unanimous adoption of UN Security Council Resolution 2254 calling for a ceasefire and a political settlement in Syria.

UN Under-Secretary-General for Humanitarian Affairs and Emergency Relief Coordinator, Mark Lowcock, highlighted the impact of the crisis on Syria’s children, noting that because of the protracted conflict, half of the children had known only war and were suffering from unaddressed traumas.

“Forty percent of Syrian girls don’t go to school — one-in-three schools can’t be used because they were destroyed”, Lowcock pointed out.

Lebanon’s President of the Council of Ministers, Hassan Diab, called attention to the fact that “the state service providers are strained and drained” in urging further financial support for the displaced Syrians in Lebanon. In particular, Diab reinforced the need for a social safety net to address the sluggish COVID-19 vaccination campaign, which started on 14 February.

Since 2011, over a million Syrian refugees have been granted asylum in the EU. After a decade of conflict, the majority of the population is facing hunger, according to the UN.

The Syrian economy has been ravaged and COVID-19 has made it even worse. Some 7.5 million people in Syria receive humanitarian help from health workers on the frontline.

Ten years since the onset of the civil war and the vast majority of EU and western leaders continue to press Syria’s President Bashar al-Assad for a political settlement through the imposition of heavy sanctions.

“Sanctions, as general policies, express the European failure to take direct action on the ground. On the other hand, sanctions signal European fears of Syria’s constant disasters and their security threats on Europe”, the Syrian political researcher Majed Al Alloush wrote in the Enab Baladi.

While the EU sanctions regime disrupts both the Syrian economy and society, the bloc continues pledging assistance to the ravaged country with humanitarian aid.

Recently the Commission has expressed dissatisfaction about the global ratio of humanitarian relief and is urging other nations to do their share in raising funds for Syria.

“It is disturbing how a very small number of donor countries and the European Commission are doing almost all the heavy lifting to fund humanitarian response”, Crisis Management Commissioner Janez Lenarčič said, commenting on the overall response earlier this month. In the past ten years, the EU has contributed 22 billion euros for humanitarian and relief activities in Syria.

The EU and the UN expect to announce the pledges made to support Syria later this evening.

The Syria Justice and Accountability Centre (SJAC) has urged EU countries to repeal policies and practices that jeopardise the lives of Syrian refugees by threatening to deport them back to Syria.

“Member states must acknowledge that Syria is not safe for returnees, and they should implement trauma-informed asylum procedures aligned with international and European law”, the SJAC insisted.