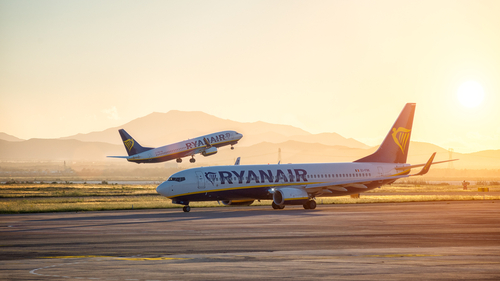 Brussels (Brussels Morning) The EU, the UK and the US have condemned Belarus for forcing the landing of a Ryanair passenger flight on Sunday and the ensuing arrest of journalist and opposition activist Roman Protasevich, one of the passengers, Reuters reports.

Belarusian authorities dispatched a fighter jet to intercept the Irish low-cost airline Ryanair flight from Athens to Lithuania over what transpired to be a false bomb alert and forcing the passenger jet to land in Minsk.

After the landing in Minsk, authorities arrested Protasevich, who ran the Nexta channel on the Telegram messaging service, which covered the mass protests against the Belarusian government last year.

Belarusian authorities have accused Protasevich of extremism, organising riots and inciting social hatred, all of which he denies.

Reactions to the incident

US Secretary of State Antony Blinken described the forced landing and arrest as a “shocking act.” He called for Protasevich’s release and said that the US administration was “coordinating with our partners on next steps”.

“Given indications the forced landing was based on false pretences, we support the earliest possible meeting of the Council of the International Civil Aviation Organization (ICAO) to review these events”, Blinken declared.

European Commission President Ursula von der Leyen also stressed the importance of Protasevich’s immediate release, adding that the people behind “the Ryanair hijacking must be sanctioned.”

She said bloc leaders would discuss what steps to take in response to the incident.

European Council President Charles Michel noted that the incident would not “remain without consequences.”

ICAO stated its concern about the incident, while the International Air Transport Association called for a full investigation.

Dominic Raab, UK Secretary of State for Foreign, Commonwealth and Development Affairs, condemned the Belarusian action and stressed it would have “serious implications BBC reported.