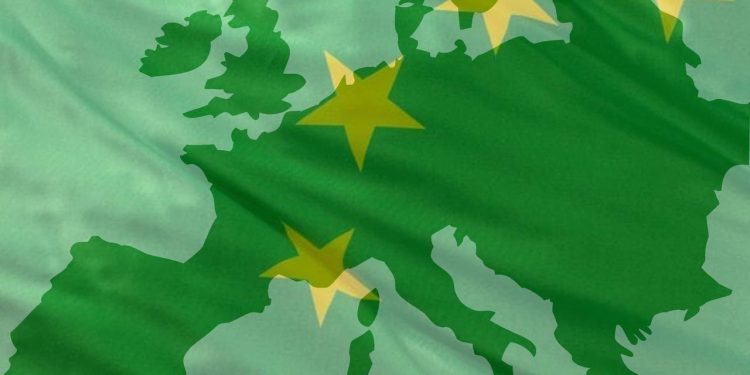 EU Commission President Ursula von der Leyen is to propose a further tightening of EU climate goals for 2030. According to the European Green Deal’s roadmap, this summer’s scheduled announcement will require EU member states to reduce CO2 emissions by 55% compared to 1990 levels.

To date, the goal achieved has been a reduction of 40%. In her first “State of the Union” address tomorrow (16 September), the Commission’s President is expected to unveil the next steps of the EU’s ambitious “greenprint” for climate transition.

The European Parliament has encouraged the Commission to go even further. MEPs are requesting even greater reductions, calling for emissions to be reduced by 60% by 2030, instead of the “at least 50% to 55%” the Commission proposes.

The legislative branch of the EU has also requested that the Commission come up with an interim target for 2040, following an impact assessment to ensure the EU is on track to attain its 2050 target.

The EU pressed China to aim for climate neutrality by 2060 or otherwise eventually face punitive carbon tariffs. The EU leadership also pressed Beijing to reach its target limiting global warming emissions by 2025 and urged Beijing to discontinue all investments in new coal-fired power stations, whether at home or abroad.

In December 2019, the European Commission presented the European Green Deal as the “new growth strategy”, setting the EU on the path towards climate neutrality. The Green Deal objectives are expected to be at the core of the investment wave that is about to be unleashed in the EU.

According to the Commission’s original communication to the Parliament, by June 2021 a series of proposals should be tabled by June 2021 aimed at meeting the Green Deal’s targets for the EU. With this in mind, proposals for revisions of legislative measures on climate goals are likely to include:

EU’s industry to lead the shift

To support the Green Deal, the Commission is betting that European industry will lead the way in the green and digital transition. On March 10, the EU executive delivered the “New Industrial Strategy for Europe” aimed at guiding industry sectors in how to become greener, more circular and more digital, while remaining globally competitive. This approach is key to help transform EU industry, support SMEs and keep Europe sustainable and competitive.

As the EU’s recovery strategy, the European Green Deal is built upon economy sectors such as energy, mobility and infrastructure. In order to achieve climate neutrality, a number of transformations will impact upon the EU’s overall economy and finance. These include:

Renewable electricity generation and storage requires huge volumes of mined raw materials. In the EU, most of these elements are currently imported and unsustainably produced.

On 3 September, the European Commission came up with a new plan  — “Critical Raw Materials Resilience: Charting a Path towards greater Security and Sustainability” — for obtaining these materials within its borders, making industry more sustainable and resilient against outside disruptions.

A full mobilisation of industry will be crucial in order to achieve a climate neutral and circular economy. It can take 25 years – a generation – to transform an industrial sector and all the value chains. In order to be ready in 2050, decisions and actions must be taken in the next five years.