EU to slap China with sanctions over human rights violations 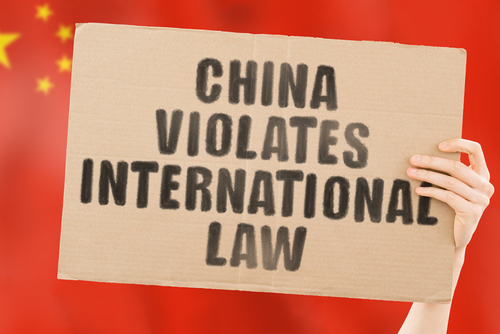 Once in place, it will be the first time the bloc has imposed sanctions against China since countries that are now EU member states imposed an arms embargo against Beijing over the Tiananmen Square Massacre in 1989.

According to the diplomatic sources, EU ambassadors agreed to impose asset freezes and travel bans on four Chinese officials and one legal entity. Individuals and entity will be identified as soon as the EU formally approves the sanctions. This is expected to happen when the bloc’s foreign ministers meet on 22 March.

The diplomats noted that the individuals and entity are all accused of human rights violations against the Uighur minority and that the decision to apply sanctions reflects concern about the Uighurs in Canada, Europe and the US.

Human rights organisations and UN rights experts have warned that at least one million Muslims in China are detained in internment camps in the Xinjiang region. They have accused the Chinese authorities of being responsible for forced sterilisations, torture and forced labour.

In addition to Canada and the US, Dutch lawmakers have condemned the Uighur genocide in China, a charge the Chinese Communist Party (CCP) denies.

According to the Chinese mission to the EU, Ambassador Zhang Ming has made clear that Beijing will not change its policies regardless of sanctions.

“Sanctions are confrontational,” the mission stated, claiming “we want dialogue, not confrontation”. It called on the EU to “think twice” and added “if some insist on confrontation, we will not back down, as we have no options other than fulfilling our responsibilities to the people”.The CCP insists it is not violating any human rights in Xinjiang, asserting that the purpose of the internment camps is to provide vocational training and to help in the fight against extremism.