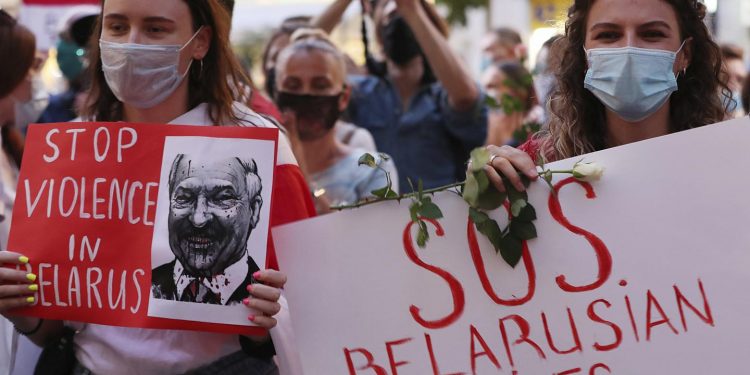 EU leaders will try to reach an agreement on sanctions against Belarus today, Thursday, according to a Reuters report. The bloc will have to convince Cyprus to support sanctions over last August’s Belarus presidential election that both the West and the Belarus opposition claim was rigged.

Unnamed diplomats have pointed out that the UK and Canada have imposed sanctions against Belarus in support of pro-democracy protests, warning that the EU’s political paralysis is tarnishing the bloc’s credibility. An unnamed EU diplomat noted that top EU politicians are trying to unblock the situation.

With France taking a tough stance on Turkey while Germany pushes for dialogue, one senior EU diplomat is suggesting that the EU promise Cyprus to impose sanctions on Turkey in the future in exchange for Cyprus showing immediate support for sanctions against Belarus. The source noted that the EU could threaten Turkey with sanctions if it continues with provocations in disputed waters, and that this approach might persuade Cyprus to lift its veto on Belarus sanctions.

Meanwhile, the US is hoping the EU can resolve its internal stalemate, unnamed sources said Wednesday, since this would open the way for the US and the EU to coordinate sanctions against Belarus. According to a well-informed source, while the US has prepared sanctions, it has yet to pressing forward with them, hoping that EU leaders reach consensus at this week’s two-day, EU summit.

An unnamed State Department spokesman pointed out that the US is coordinating its plans with the EU, condemning human rights abuses and violence against peaceful protesters in Belarus. The spokesman stated that Washington is calling on Belarusian authorities to stop the crackdown and engage with the opposition.