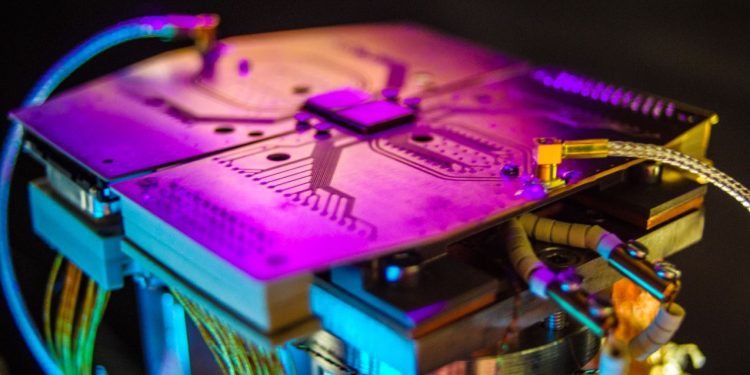 The European Commission (EC) unveiled two digital-enhancing initiatives this week, one  on High-Performance Computing and the other on Connectivity. These mutually reinforcing initiatives are building blocks in the Commission’s Digital Decade programme designed to reinforce Europe’s digital sovereignty.

The EC’s ambitious new mission to get a lead on supercomputing is being funded by an €8 billion budget that runs until 2033. In her speech to the European Union at the beginning of the week, President von der Leyen stressed the importance for Europe to pursue and effectively implement digital transition throughout the EU.

The European High-Performance Computing (EuroHPC) is a joint undertaking launched in 2018 that aims to pool resources from the EU and 32 participating countries to build a world-class supercomputing and data infrastructure in Europe, and to develop a competitive, High-Performance Computing (HPC) ecosystem in the relevant technologies and applications. By investing €8 billion on quantum computers, the Commission seeks to place the EU at the forefront in HPC.

According to ScienceBusiness, Germany is Europe’s number one advocate for quantum computing. Last July, Research Minister Anja Karliczek indicated that €2 billion of the country’s COVID-19 recovery fund would be designated for quantum technology research, the goal being to build an experimental quantum computer by 2021. This federal funding is over and above the 2018 decision to allocate €650 million to the task up to 2022.

A year ago, Google claimed to have achieved quantum supremacy. Researchers from the giant tech published a paper on NASA’s website stating that their processor was able to perform a calculation in 3 minutes and 20 seconds. They claimed that it would take today’s most advanced classical computer — known as Summit — approximately 10,000 years to carry out the same calculation. Google’s withdrew its research paper soon after its publication, according to a Financial Times report at the time.

Quantum physics, one of modern science’s most successful theories, describes how our world works at the most fundamental level. Quantum computing has become one of the lead applications of quantum physics, the Holy Grail of science.

Quantum computers have the potential to solve the world’s most complex problems, which remain beyond the reach of today’s most powerful computers. Essentially, quantum computers will be able to perform calculations that classical computers cannot since HPC is the key to processing and analysing extremely large volumes of data.

What impact can quantum computers have on society?

Quantum computing could lead to the development of new medicines and materials by helping to untangle the complexities of molecular and chemical interactions. It could help the financial services industry make better investments by finding new ways to model financial data and isolate key global risk factors. It could even transform supply chain and logistics by finding optimal routes across global systems.

Quantum computing has the potential to transform the world as we know it. However, its huge potential for progress has a downside in terms of the threats it can pose to the digital realm.

For example, quantum computers could end electronic security in transmission and storage. All the more reason therefore why special attention should be given at this juncture to protecting people’s privacy and security. Many of today’s experts in the field caution that governments and industry throughout the world may try to hide the ultimate developments and capabilities of so powerful a computer from the public for precisely this reason.

Dr Jamie Vicary, a computer scientist at Cambridge University recently featured on the BBC’s Click, warned that code breaking is all too likely to be a major function in the application of quantum computers. “The first government which has a functional quantum computer, that can break into secret messages, is going to be at a big advantage and may try to hide the fact that they’ve got these capabilities”, Vicary told the TV programme.

Despite advances, quantum computing is far from market-ready.

The Qubit Conference Prague 2020 will take place today and tomorrow, convening industry leaders in a discussion about cyber threats including a panel on quantum-resistant, banking applications. Also, quantum computing will be discussed during the CYBERSEC Global 2020 (28-30 September), which will be attended by Vice President of the European Commission Margrethe Vestager. The virtual event will tackle important issues such as threats to digital identity, and human-level artificial intelligence.