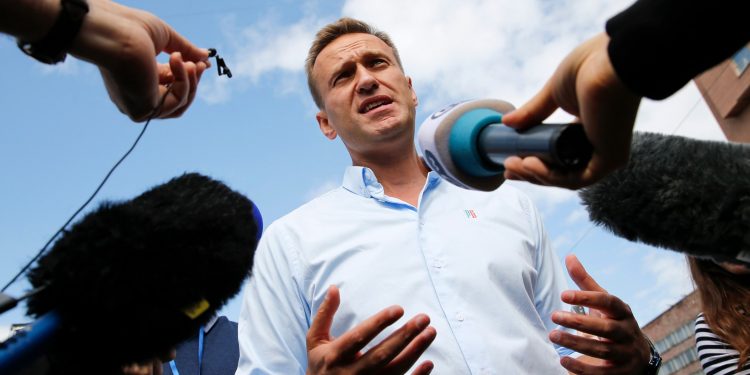 Brussels (Brussels Morning) The EU Foreign Affairs Council reached a joint decision to impose new sanctions against Russia, in response to the country’s jailing of prominent opposition figure Alexei Navalny and the violent crackdown on the protests that followed.

In agreeing to sanction senior Russian officials, the foreign ministers of the 27 member states ignored pleas from Navalny’s allies to sanction the oligarchs propping up Russia’s President Vladimir Putin. Even though the measures are symbolic, the decision serves as a test run for the EU’s most recent sanctions mechanism, the EU Global Human Rights Sanctions Regime.

Senior Navalny aide Leonid Volkov welcomed the decision, even though it fell far short of what Navalny’s allies sought. “Even if it’s too little … it’s the first time personal sanctions are applied with regard to human rights violations, so it opens a way for further negotiation on this with Europe”, Volkov said.

Speaking with the press after the Council meeting on Monday evening, High Representative Josep Borrell succinctly cited the three key elements that would determine the Council’s approach in its dealings with Russia.

These would be: “To push back when Russia infringes international law and human rights; to contain when it seeks to increase its pressure on us, including through disinformation and cyber-attacks; and third, to engage when and on issues where we have an interest in doing so”, he asserted.

The Council also discussed Iran, and the need to revive the lapsed nuclear treaty, the 2015 Joint Comprehensive Plan of Action (JCPOA), which the EU facilitated between Tehran and world powers.

US State Secretary of State Antony Blinken also joined in the Council meeting via videolink, signalling Washington’s commitment to re-engage with the EU. “Believe me, the conversation with the Secretary of State has been very positive and heart touching,” Borrell said.

“Democracy is being challenged today in the world. There is a battle of narratives about which system delivers better for the population, for the people, and we have to demonstrate that democracy delivers better than any other system,” he noted. Borrell was referring to the  Council’s discussion with Blinken about the international challenges they face, the most important being their relations with China and Russia.