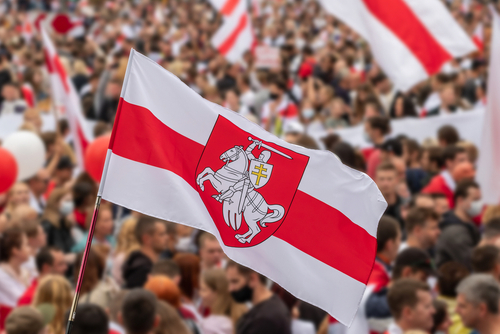 Brussels (Brussels Morning) The EU has agreed to impose additional sanctions on Belarus over the forced landing of an Irish Ryanair low-cost airline flight in Minsk in May and the ensuing arrest of journalist and opposition activist Roman Protasevich, according to an EU diplomat.

EU ambassadors have approved new sanctions, which foreign ministers are expected to greenlight on Monday next week, Reuters reported on Wednesday.

The diplomat pointed out that the pending sanctions will target seven people connected to the Belarusian aviation sector, adding that the EU ambassadors had agreed to a new round of travel bans and asset freezes directed at more than 70 people from Belarus.

According to reports, most of the 70-plus people targeted are accused of taking part in the crackdown on protesters, journalists or opposition politicians and activists, DW reported.

The travel bans and asset freezes are in response to the contested presidential election held in August last year and were in the pipeline before the Ryanair incident.

EU member states condemned the incident as an act of piracy, with the bloc banning Belarusian airlines from accessing EU airports or entering the bloc’s airspace at the start of the month.

In addition, the EU has instructed airlines from the bloc not to use Belarusian airspace.

Economic sanctions on the way

Sanctions pending against the seven individuals are meant as a temporary measure while the EU prepares economic sanctions against Belarus aimed at hurting President Alexander Lukashenko. Planned economic sanctions could target Belarusian exports including oil and potash as well as bond sales.

Lukashenko has stressed that Protasevich was plotting a rebellion and has criticised the West for waging what he viewed to be a hybrid war against him.

The EU and the US have imposed sanctions against Belarus on several occasions since Lukashenko’s crack-down on protests last year, with the sanctions largely targeting officials with asset freezes and travel bans.