EU to hit Lukashenko in new wave of sanctions against Belarus 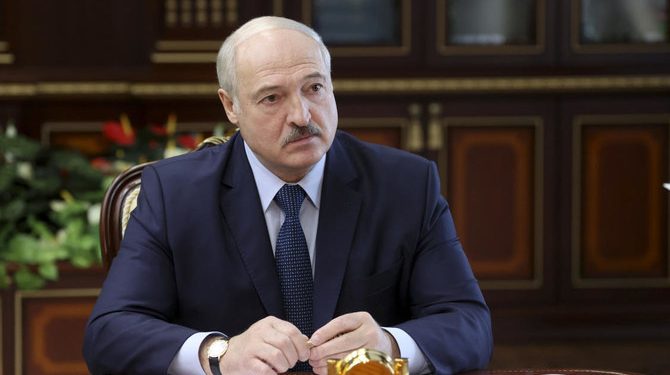 Brussels (Brussels Morning) The EU should expand sanctions against Belarus officials this week to include President Alexander Lukashenko, according to three unnamed EU diplomats, Reuters reported yesterday, Monday. The second wave of sanctions targets officials the EU suspects are responsible for the disputed 9 August elections.

The EU called on Lukashenko to consider new elections and his refusal left the bloc with no choice. Sources noted that EU ambassadors will receive a list of 15 officials, to be added to the original 40 targeted with travel bans and asset freezes, when they meet tomorrow, Wednesday. If member states do not object, the plan could be adopted by the end of the week.

The sanctions reflect the EU’s support for anti-government protests in Belarus, where thousands of protestors have been arrested, while the country announcing retaliatory measures against the bloc last month.

On Sunday, police in Belarus dispersed the weekly protest against Lukashenko. Protesters marched from the Minsk centre to a Stalin-era execution site, RFI reported. The march aimed to sustain pressure on Lukashenko. The Viasna Human Rights Centre reported that some 120 protesters have been detained.

Tens of thousands of protesters attended the march, demanding that Lukashenko step down and transfer power to opposition politician Sviatlana Tsikhanouskaya, who sought refuge in neighbouring Lithuania. Lukashenko announced last week he would take no prisoners if protesters confronted police. Videos on social media show that the authorities deployed armoured vehicles in Minsk.

Tsikhanouskaya called on her supporters to organize a strike last Monday, seemingly without much impact since authorities claimed the economy is operating normally. Despite close to three months of protests and opposition efforts backed by Western countries, Lukashenko refuses to step down. He appointed a new Minister of Interior and police chief of Minsk last week, stressing that he would not quit.