EU to expand sanctions on Turkey for hydrocarbons exploration 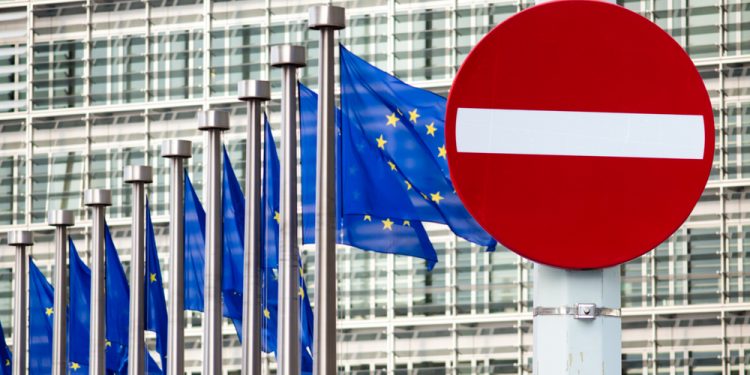 According to a draft statement that EU leaders are to discuss later today, the bloc will expand the list of sanctioned Turkish companies and individuals involved in the exploration. If they approve the plan, the bloc is to expand the list from 2019 and widen the scope of sanctions against the listed, if need be.

The EU drew up the list last year and froze the assets of companies and individuals suspected of involvement in Turkey’s activities in contested waters. Thus far, senior officials of the Turkish Petroleum Corporation have made the list, but Cyprus proposed additions earlier this year.

The draft does not call for imposing sanctions immediately, but proposes that Josep Borrell, High Representative of the EU for Foreign Affairs and Security Policy, presents options at the next EU summit, slated for March. It adds that the EU should coordinate its response with the US.

Talks on the draft are still underway, with Cyprus and Greece pushing for more severe sanctions and an unnamed Cypriot diplomat in favour of imposing sectoral sanctions in February or March if Turkey does not change its mind.

While France previously pushed for imposing sanctions on sectors of the Turkish economy, Germany, Italy and Spain opposed the plan as too severe. The three EU member states noted that the move would put Turkey, an EU membership candidate and a NATO ally, in a similar position to Russia, which the bloc treats as hostile.

Other causes of friction

Besides the exploration in contested waters in the Eastern Mediterranean, EU’s issues with Turkey include the country’s foreign policy on Cyprus, as well as in Libya and Syria, which the bloc and the US see as opposed to Western goals.

In October, bloc leaders announced using all instruments at their disposal to pressure Turkey to end hydrocarbons explorations in waters also claimed by Cyprus and Greece. Turkey does not have diplomatic ties with Cyprus and insists it is conducting exploration in its continental shelf or areas of the de facto state North Cyprus.