EU to draw up military doctrine 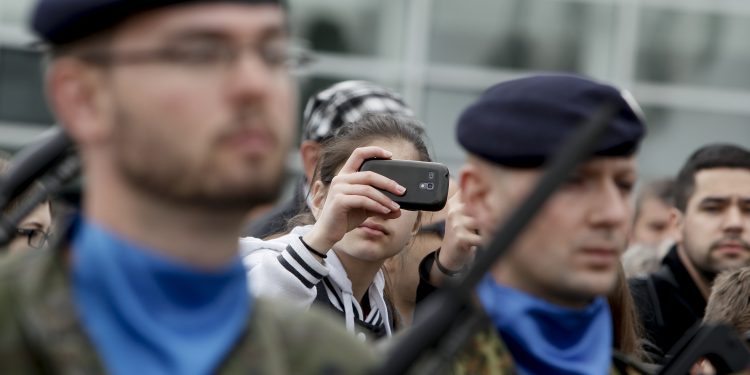 Brussels (Brussels Morning) The EU is planning to draw up the “Strategic Compass,” a master strategy document outlining the bloc’s military doctrine, according to officials and diplomats, Reuters reported yesterday, Thursday.

The Strategic Compass, comparable to NATO’s “Strategic Concept”, which lays out the alliance’s goals, is the latest proposal aimed at strengthening defence cooperation among EU member states.

At France’s initiative, it is the EU response to US pressure to acquire greater autonomy in terms of its ability to develop its long-term military capabilities and power.

The move aims to make the bloc strong enough to stand on its own feet militarily as it were, to be able to fight on its own, helping the EU become a more useful ally to the US and thereby earning the respect it lost.

High Representative of the EU, Josep Borrell, was briefing the bloc’s foreign ministers about an intelligence-based threat analysis via  video conference yesterday before their virtual meeting slated for today, Friday. The EU hopes to produce the final document in 2022.

An unnamed senior EU official pointed out that drawing up the document is an essential precursor to establishing a common perspective for assessing threats and ways of joint response to them.

Since EU member states have different assessments of threats, the document has to be more than a mere listing.  Envoys pointed out, for example, that Russia is seen as a bigger threat in the Baltic EU member states than it is in France, where Islamism is considered to be a greater threat.

Nonetheless, the move reflects the gathering momentum to strengthen the EU’s collective military capacity. Also, it is in line with the December, 2017, EU defence pact that focused on the bloc’s development of firepower independent of that of the US.

The departure of the UK from the bloc has opened the way for France, supported by Germany, to promote the EU’s military ambitions.

Britain had opposed the idea of the EU assuming a major military role, lest the move lead to the establishment of an EU army, whereas EU officials claimed the formation of the bloc’s armed forces was not on the table.

France, Germany, Italy and Spain are hopeful that joint development of defence technology will save the bloc money and end competition and overlap between national defence industries that currently duplicate weapons.