EU to chew over response to Navalny poisoning after OPCW report 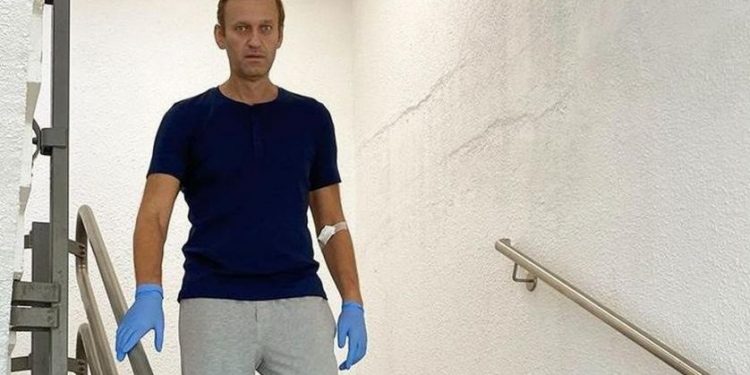 Germany’s Chancellor Angela Merkel announced yesterday, Wednesday, she and her EU partners will discuss a response to the poisoning of Russian opposition politician Alexei Navalny once the Organisation for the Prohibition of Chemical Weapons releases its report, according to Reuters .

Heads of the US Senate Committee on Foreign Relations urged US President Donald Trump yesterday to investigate the Navalny incident and to decide on potential sanctions against Moscow. Committee chair Jim Risch and ranking member Bob Menendez expressed concern over reports that Navalny was poisoned with a Soviet-era nerve agent in August this year.

Acting Deputy Representative of the US to the United Nations, Cherith Norman Chalet told the UN Security Council earlier this month that the US was willing to work with its allies in order to hold those responsible for the poisoning fully accountable .

Navalny told Germany’s Der Speigel that he believed Russian President Vladimir Putin was behind his suspected poisoning, according to Reuters. Saying he had no other explanation for what happened, Navalny announced that he plans to return to Russia.

He was discharged from the Charité university hospital in Berlin last week, after 32 days of treatment. Russia continues to deny any involvement and claims it has not seen any evidence of a crime.

German Foreign Minister Heiko Maas criticized Russia for not investigating the incident when he addressed the UN General Assembly earlier this week, DW reports. He criticized the Kremlin for denying involvement, said the incident presented a problem for the entire international community, and warned that such an incident must have consequences.