EU to allow UK, US to take part in joint defence projects 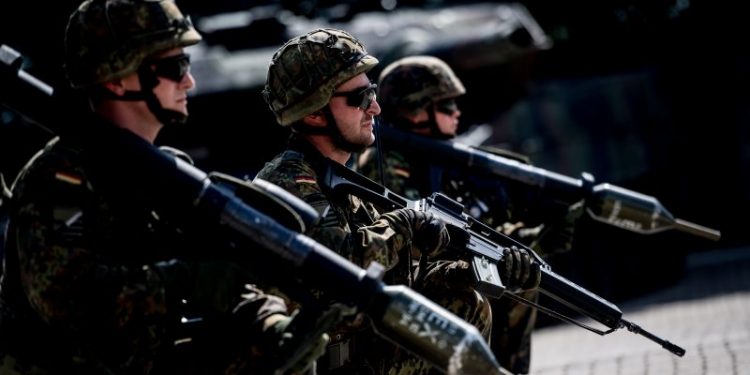 Brussels (Brussels Morning) The EU will allow the UK and the US to take part in joint defence projects in specific cases, according to three unnamed EU diplomats, Reuters reports. This wraps up the saga over whether the Brexit-bound UK can participate in the Permanent Structured Cooperation (PESCO), a new EU defence pact.

The PESCO is aimed at helping the EU to fund, develop and deploy armed forces in coordinated fashion. It does not constitute an EU military per se. In May, the EU Commission proposed setting aside Euros 8 billion in the new budget for a complementary EU defence fund, with Germany and France welcoming plans to strengthen military cooperation among EU member states.

A senior EU diplomat, noting that rules governing participation by non-EU members were the last piece of the puzzle, stressed that the move will allow the US, the UK and Norway to take part in projects aimed at developing weapons and equipment. The EU has 178 different weapons systems compared to the 30 deployed by the US. It has 17 types of battle tanks, compared to one used by the US.

According to the latest decision, non-EU members will only be able to participate in individual projects. It does not affect US companies from bidding for military contracts of individual EU member states. One diplomat pointed out that Turkey most likely will not be eligible to take part in joint projects since the EU requires non-members to support and uphold EU values. Earlier this month, the EU Commission stated that Turkey was eroding democracy and judicial independence as well as undermining its economy, all of which left it further away from joining the EU than ever.

Considering Turkey’s recent disruptive actions, it is high time the EU, the US and NATO reined in President Recep Erdoğan and his threats to stability and peace in the region, Kathimerini reported today, Thursday. Under Erdoğan, the Greek newspaper declared, Turkey has become a terrorist-sympathising adversary posing as an ally. Peace and freedom loving nations should remind Ankara of its responsibilities as an international law-abiding nation, the paper opined.