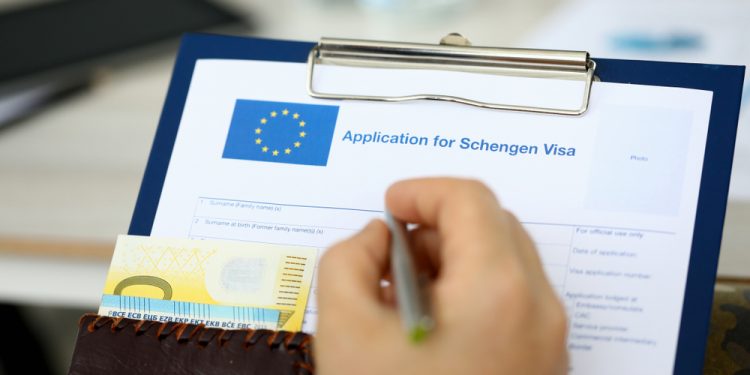 Brussels (Brussels Morning) The current system dealing with visa procedure information is about to become fully connected following a deal yesterday between the European Parliament and the Council to increase internal security and improve border management.

The Visa Information System (VIS) will be revised and upgraded to allow for enhanced background checks on applicants for visa and residence permits, better information exchange between member states and full interoperability with other EU-wide databases, which will “close information gaps”.

VIS has been operational since 2011. The proposal to upgrade it was tabled by the Commission in May 2018 to address evolving security and migratory challenges.

According to the proposed reform, due in 2023, the VIS assessment showed that the “system is effective in meeting its objectives”, yet, a “better response” was necessary to deal with new challenges in visa, border and security policies.

The Parliament called on respect for fundamental rights as one of its key demands, together with improved interoperability with other EU databases, when dealing with the access of non-Europeans into the Union.

With this in mind, the Parliament hopes to attain enhanced security checks cross-checked through all EU databases, better data and information exchange, more efficient return procedures and a bigger capacity to prosecute and prevent crime.

“Better protecting our external borders, fighting child trafficking and terrorism, reinforcing free movement and Schengen, and contributing to a more efficient return policy. However, a fundamental principle must still be respected: a bigger system means greater safeguards. This is the most important reform since the VIS was established and will have to be ready in 2023”, said MEP Paulo Rangel (EPP), who was leading the file.

In line with the reformed legislation, yesterday’s deal will feed into the New Pact on Migration, announced in September by the Commission, which highlighted the need for EU external borders’ improvement and full interoperability of IT systems across the EU.

Under the new legislation and in view of “combatting child trafficking”, fingerprints and facial images of minors can be collected from six years old, instead of the current age threshold of 12 years. For people over 75 years old, fingerprints will not be required.

Both the Parliament and Council have recently highlighted the need for “better safeguards” on the use of facial images for biometric matching.