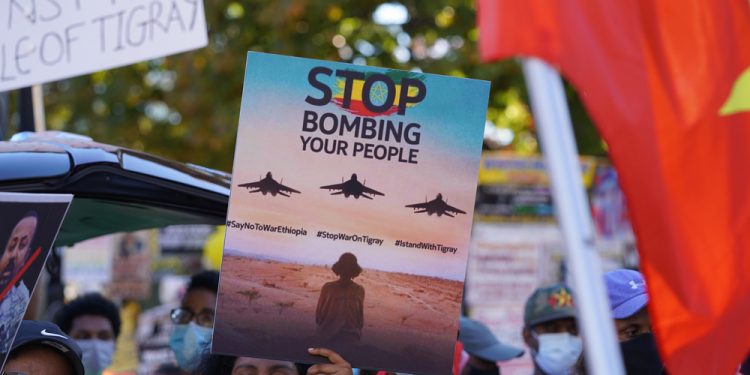 Brussels (Brussels Morning) The EU is suspending its financial support to Ethiopia over the Tigray conflict, as humanitarian organisations grow daily more worried about the position of survivors there, DW reported Wednesday.

The bloc is withholding budget support payments to Ethiopia worth close to 90 million euro. Due before the end of 2020, they will not be paid until the EU is satisfied its conditions are met.

The bloc is not in a position to provide support as planned, an EU spokesperson notes and stresses that “we need to see certain conditions fulfilled by the Government of Ethiopia for EU Budget Support to resume.” According to the spokesperson, suspension of financial support does not affect EU’s humanitarian programmes in Ethiopia, which are to continue as planned.

The EU’s conditions include putting an end to hate speech, granting full access to relief workers and to civilians fleeing from the conflict to neighbouring countries, ending ethnically targeted measures, and restoring media access and communication lines in the Tigray region, among others.

The region has been cut off from the rest of the world since early November, when fighting between the federal government and the Tigray People’s Liberation Front (TPLF) began. The UN estimates an additional 1.1 million people there are in dire need of humanitarian aid on top of the 600,000 or so already dependent on food aid.

While both the federal government and the TPLF claim no civilians were harmed, the number of reports on civilian casualties continues to rise, contradicting their claims. The crisis is far from waning leaving humanitarian organisations unsure as to what to expect once they are allowed entry.

The agreement currently grants access to areas controlled by the army only when and if the government approves it, he notes. He hoped the government would support efforts to help the people in the region and indicated that the UN must respect Ethiopia’s rules, given its guest status there.