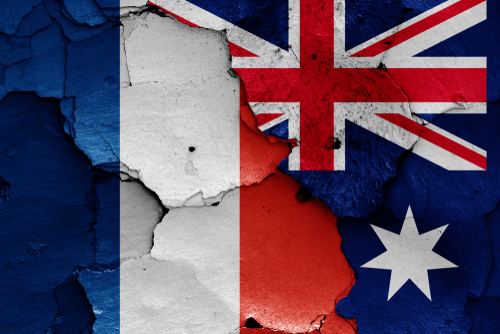 Brussels (Brussels Morning) Foreign ministers of EU member-states expressed solidarity and support with France on Monday in its row with Australia and the US over the cancellation of a 40 billion dollar contract for the production of military submarines.

The EU diplomats held a closed-door meeting in New York on Monday, on the margins of the UN General Assembly annual gathering of world leaders. European Commission vice president and High Representative Josep Borrell spoke to the press after the meeting, saying that achieving peace and stability in the Indo-Pacific region will require “more cooperation, more coordination, less fragmentation”.

Borrell’s statement is a direct jab at the AUKUS military pact, announced by Australia, the UK and the US last week, a day before the EU was to unveil its long-awaited Indo-Pacific strategy. The pact, which saw Canberra abandon its deal with Paris for submarine production in favour of a fresh deal with US and UK for production of nuclear submarines, was reached without any coordination or consultation with France and the EU.

“Certainly, we were caught by surprise by this announcement”, Borrell stated, saying the EU ministers expressed clear solidarity with France. “This announcement ran counter to calls for greater cooperation with the EU in the Indo-Pacific.”

European Council President Charles Michel described the trilateral pact as a move “difficult to understand”, reflecting on the US policy of “America first” that had been promoted by President Joe Biden’s predecessor, Donald Trump.

France withdrew its ambassadors from Washington and Canberra on Friday, in a show of anger and disappointment over the apparently exclusionary pact, a sentiment also shared by some other EU members. According to Michel, some states were pushing to postpone the inaugural meeting of the US-EU Trade and Technology Council, scheduled for later this month.

On Monday, French Foreign Minister Jean-Yves Le Drian called on Europeans to “think hard” about their alliances, pointing to the AUKUS pact as a “break of trust between allies”.