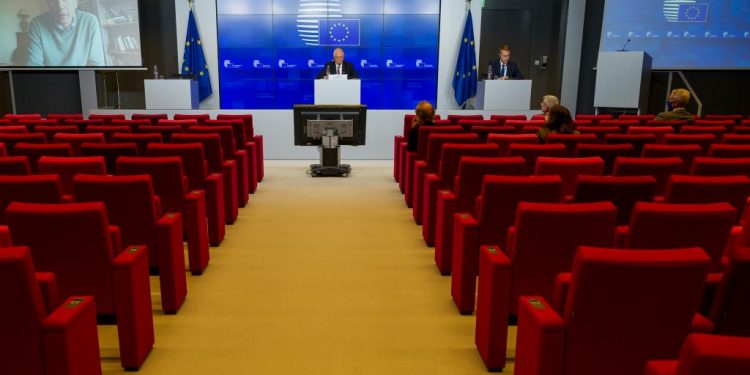 According to the EU, Badin was part of a team that targeted the parliament’s information system, hampering its operation for several days. The GRU unit responsible for the attack, known as Fancy Bear, represents an external threat to the EU and its members, the bloc noted, having been responsible for a series of significant hacking attacks. Accounts of German Chancellor Angela Merkel and several MPs were affected and a significant amount of data was stolen.

The EU pointed out that sanctions were imposed to prevent, discourage and deter as well as a response to continuing and increasing malicious behaviour in cyberspace. The sanctions mean that EU citizens and organizations are not allowed to make funds available to the eight persons and four organizations listed.

The Fancy Bear has been accused of attempting to hack the wireless network of the Organisation for the Prohibition of Chemical Weapons (OPCW) in the Netherlands in 2018. Russian officials deny Moscow’s involvement in the attacks, including alleged attacks on other Western nations and institutions.

Diplomatic relations between Germany and Russia are tense, having flared up last year when a Georgian man was killed on the streets of Berlin. Prosecutors expressed belief that the killing was ordered by Moscow or Chechnyan authorities.

In May, Russia denied responsibility and pointed out that the EU does not have evidence to support the accusation, Reuters reports.

Yesterday, Thursday, the UK announced it was imposing sanctions against the two Russian officials and the Fancy Bear. The Foreign, Commonwealth & Development Office (FCDO) stated the sanctions would come into force immediately, pointing out that they had been made under the EU regime. Secretary of State for Foreign, Commonwealth and Development Affairs Dominic Raab said the UK stands with Germany and other European partners and that Britain would hold Russia to account for cyber attacks designed to undermine Western democracies. He added that Moscow’s criminal behaviour only brings the Russian government into further disrepute.