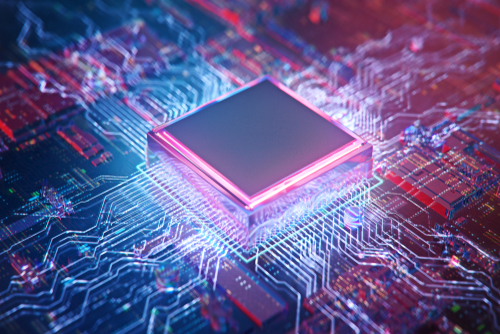 Brussels (Brussels Morning) The EU is considering forming an alliance of chipmakers to lower its import dependence amidst the disruption of global supply chains, according to four bloc officials, Reuters reported on Thursday.

The alliance would comprise NXP Semiconductors and ASML of the Netherlands, French-Italian STMicroelectronics and Germany’s Infineon Technologies. Sources say that the plan is at an initial stage.

The plan, they add, could be implemented as an Important Project of Common European Interest, which would allow EU member states to finance it under less strict state aid rules and make it possible for companies to cooperate on the project.

The move could either replace or complement planned expansion of production capacities intended to double the bloc’s share of the global semiconductor market to 20% by 2030. This is the target that was set by European Commissioner for Internal Market Thierry Breton.

As part of his efforts to find a chipmaker willing to build a large fabrication plant in the EU, Breton is to meet US tech giant Intel CEO Pat Gelsinger this week in addition to holding a virtual meeting with TSMC Europe head Maria Marced.

Taiwanese officials have pointed out that TSMC is not interested in constructing a production facility in the bloc. Several EU officials have criticised the idea of funding the project with foreign capital.

The lure of ‘shiny things’

“If we step on the toes of European players, then I’m not sure our sovereignty will gain anything from it”, the official concluded. The same official pointed out that the EU market does not have the capacity to absorb the planned level of output.

It is criticism like this that has prompted the European Commission to rethink its strategy for the EU’s semiconductor industry, which has fallen significantly behind its Asian counterparts and lacks the financial backing needed for planned expansion.

The EC is to present its updated strategy on 5 May.