EU recovery and long-term budget: Leaders must do better 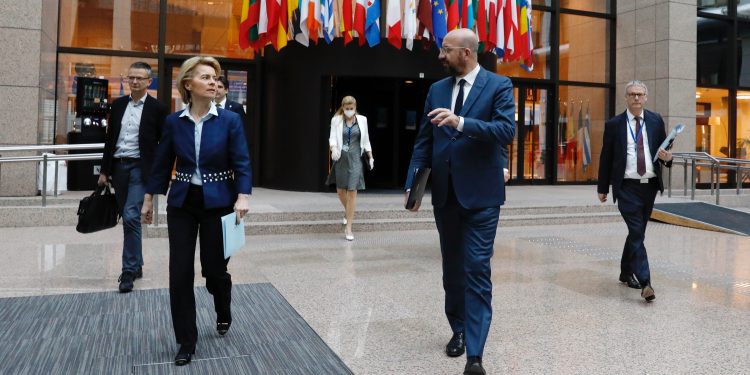 Commenting on the draft conclusions for the 17 July EU summit, EP’s negotiators disagree with additional cuts to the long-term EU budget and urge the European Council to improve the text.

We appreciate that President Michel has taken on board the size and balance of the Recovery instrument as proposed by the Commission, and we urge the European Council members not to water it down. The grants are an essential part of this instrument and a decrease would be unacceptable.

However, we regret that this comes at the cost of some fundamental elements of the package.

Firstly, we cannot accept the very low level proposed for the Multiannual Financial Framework (MFF) ceilings for 2021-2027. While the European Commission already downsized its original proposal by 35 billion Euros last May, this proposal is slashing it even further by cutting another 25 billion Euros from key programmes such as Erasmus+, Digital Europe, Horizon Europe and migration. This is unacceptable and another step away from Parliament’s position. The European Union’s long-term objectives have not disappeared with the COVID-19 outbreak and should not be sacrificed for the sake of short-term recovery. Nevertheless, we welcome the new climate target of 30% and its application to both the MFF and the Recovery Instrument.

Secondly, we deplore backward-looking proposals on the revenue side. An outdated mechanism of financial corrections (“rebates”) would immediately be re-established for five countries, and a further type of correction would be built into the new plastic-based contribution. Yet when it comes to setting up a modern basket of new own resources, any decision is postponed to later, without any commitment on the part of the Member States. We should not leave the next generations with the choice of refinancing common debt either through additional national contributions or through reduced investment capacities. We need a clear and binding calendar for the introduction of new own resources, with a basket of new ones as of 1 January 2021. It remains one of the European Parliament’s conditions for its consent on the expenditure side.

Finally, several provisions proposed by President Michel could jeopardise the effective implementation of the programmes (notably those under the Recovery instrument) as well as Parliament’s democratic oversight. The Parliament will ensure that its power of control is respected when negotiating with the other institutions over this issue, as proposed in President Michel’s negotiating box. Furthermore, the way in which the rule of law mechanism is enforced is key. We ask for a proper negotiation, respecting the rules laid down in the treaties. Our values cannot be an adjustment variable for a deal.

We recall that Parliament will provide its consent to the new MFF Regulation only if it is satisfied with the overall MFF, own resources and recovery package. Furthermore, many of the elements contained in the draft European Council conclusions are governed by legislative acts that are to be co-decided on an equal footing between Parliament and the Council.

We therefore urge the European Council to be ambitious and substantially improve the proposal, by taking on board Parliament’s views and finally opening the way for long overdue inter-institutional negotiations. We need sufficient financial means to overcome challenges that are clearly identified by the European Union and its Member States. We must meet the citizens’ expectations.”