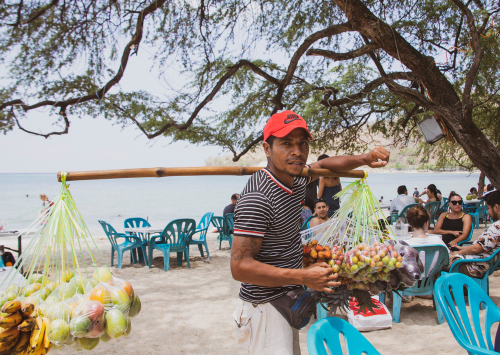 Brussels (Brussels Morning) The EU has expressed its readiness to help East Timor, recover from floods, after the small nation was struck by Tropical Cyclone Seroja over the weekend, DW reports.

“The catastrophic floods come at a time when Timor-Leste is working hard to contain the spread of COVID-19 among its population, putting a considerable additional strain both on resources and on the Timorese people”, the bloc noted.

The cyclone caused flooding and landslides at the end of last week in Indonesia and in Timor-Leste, formerly known as East Timor. Thousands of homes were destroyed and the death toll has exceeded 150.

According to disaster officials, the threat posed by the cyclone is not yet over. So far, 128 deaths have been confirmed in Indonesia and 27 in East Timor.

The Indonesian National Board for Disaster Management (BNPB) says more than 70 people are reported missing, and warns that the death toll could rise in the coming period.

Floods and landslides are hampering rescue efforts, with rescuers struggling to search for survivors due to electricity outages and roads blocked by debris.

In Indonesia, more than 8,000 people were displaced by the cyclone, with many seeking refuge in emergency shelters.

Meteorologists predict Seroja will move away from Indonesia, but officials warn the threat is not over. According to BNPB spokesman Raditya Jati, “we could still see extreme weather for the next few days”.

Besides struggling to help evacuees, authorities are trying to curb the spread of coronavirus.

Thomas Ola Longaday, Vice Regent of the Lembata Regency in Indonesia, pointed out “evacuees fled here with just wet clothes on their backs and nothing else.”

Indonesia frequently suffers natural disasters given its geographical location in what is known as the Ring of Fire, while the very nature of the archipelago and the many islands makes rescue efforts very difficult.

In addition, extensive deforestation has made the region more susceptible to floods.