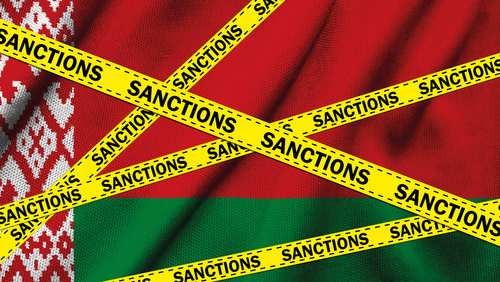 Brussels (Brussels Morning) The EU is preparing more sanctions against Belarus in response to last August’s presidential election and may impose them in June, according to four diplomats, Reuters reported on Monday.

In the period between 2004 and 2015, the EU had imposed sanctions on more than 200 individuals, a tally which makes the subsequent round of sanctions much more contained in comparison.

The crisis sparked by last year’s election and the subsequent crackdown on protesters has pushed Belarusian President Alexander Lukashenko closer to Russia.

Some Western diplomats accuse Russia of using Belarus as a buffer against NATO and claim the Kremlin is supporting Lukashenko financially and militarily.

Neighbouring Lithuania and Poland have spearheaded the push for imposing further sanctions against Belarus, pointing out that the sanctions currently in place have had little effect.

According to the four diplomats, after Monday’s summit meeting, more EU foreign ministers support additional sanctions against Belarus. However, the bloc must gather more evidence to base the sanctions on.

Josep Borrell, High Representative of the EU for Foreign Affairs and Security Policy, who chaired Monday’s meeting, noted “we are working on the next sanctions package, which I hope will be adopted in the coming weeks”.

One EU diplomat pointed out the planned package of sanctions would likely come in tranches, but added that “it will be a sizeable package”.

While the EU has been pushing for democracy and a market economy in Belarus, the bloc accuses Lukashenko of holding onto power illegitimately through fraudulent elections, and by jailing political opponents and gagging the media.

Lukashenko rejects the accusations, says the West should keep out of Belarus’ internal affairs, and has imposed retaliatory sanctions against EU officials.