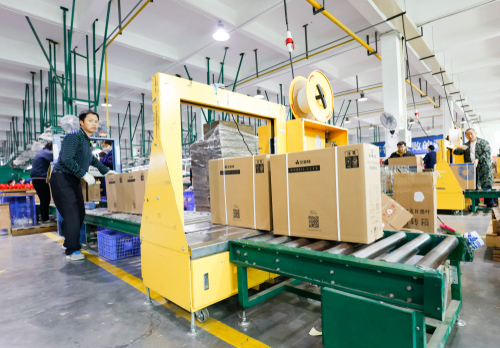 Brussels (Brussels Morning) The EU continues to pursue trade deals in Eastern Asia. Talks are underway with Indonesia while Thailand and the Philippines have expressed interest in resuming talks, DW reported on Monday.

Last month, two large industry groups in Malaysia announced they would jointly lobby for the resumption of trade talks that were launched in 2010 and then suspended in 2012 at Malaysia’s request.

The EU Ambassador to Malaysia, Michalis Rokas, asserted that the bloc wants to strengthen cooperation with the Association of Southeast Asian Nations (ASEAN).

He noted that “chances of re-engaging in trade talks rest mainly on Malaysia’s willingness and ability to pursue ambitious and comprehensive trade and investment agreements”.

Rokas indicated that the EU has taken note of the plan by the two business groups to push for resumed negotiations.

In April, the Federation of Malaysian Manufacturers and the EU-Malaysia Chamber of Commerce and Industry announced they would form a joint task force specifically to lobby for a return to talks.

In January, Indonesia and Malaysia, the largest producers of palm oil, launched a case against the EU at the World Trade Organisation challenging the bloc’s decision to phase out palm oil as biofuel by 2030 due to environmental effects.

The two ASEAN members stressed that the EU’s decision is protectionist and discriminatory.

Palm oil accounts for approximately 5% of Malaysia’s exports to the EU. The Malaysian Palm Oil Council’s 2019 report noted that the EU’s plan to phase out palm oil should impact only 0.04% of the country’s annual production of palm oil.

Ambassador Rokas has insisted that “the palm oil issue is not a stumbling block for FTA negotiations to recommence”.