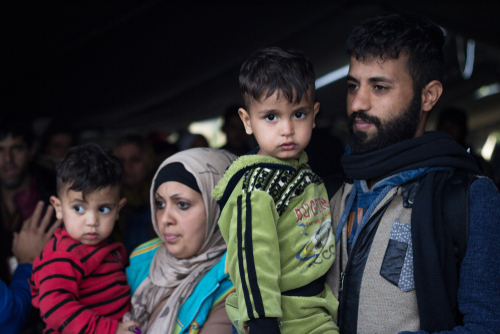 Brussels (Brussels Morning) The EU has presented plans on Tuesday to deport unauthorised migrants as part of the bloc’s reform of migration policy, according to DW reporting on Tuesday.

In addition, the plan includes smoother deportation procedures, with the European Commission noting that it could include convincing countries that the migrants crossed on their way to the EU to take them in.

Schinas on the importance of deportation

Margaritis Schinas, European Commissioner for Promoting the European Way of Life, pointed out the EU “did not do particularly well on returns so far” and added that the new plan should help to improve the bloc’s record on deportation.

“We are building a new ecosystem on returns — increasing cooperation with third countries on readmission, improving our governance framework,” he noted and added “Europe will remain an asylum destination for those fleeing persecution and war.”

On the other hand, Schinas stressed the importance of deporting “those with no right to stay,” pointing out that “not doing so undermines the credibility of our system and prevents us from protecting those who need it.”

Merkel pushing in the opposite direction

German Chancellor Angela Merkel has been pushing for less strict migration policies on the level of the EU, with member states divided on how to approach the rising number of arrivals that peaked in 2015.

Significantly more than one million people arrived without authorisation in the EU in 2015, largely from Syria, overwhelming facilities in Greece and Italy.

The EC has proposed changes to the asylum system in September, but member states are still divided on the issue, which prompted the proposal on Tuesday.

Catherine Woollard, head of the European Council on Refugees and Exiles network of NGOs, warned that some EU member states are deporting people to unsafe places and concluded that “asylum decision-making in Europe remains a lottery, with wildly divergent protection rates across the EU.”