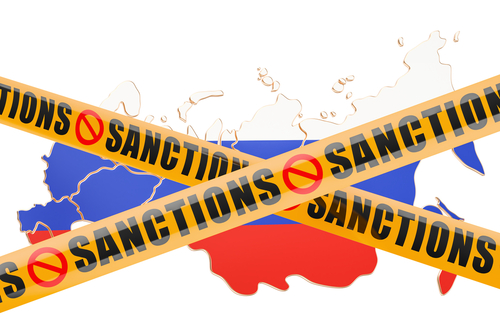 Belgium (Brussels Morning Newspaper) EU High Representative Josep Borrell announced on Thursday that the Union was preparing to impose the “harshest package of sanctions” Brussels has ever implemented in response to Russia’s invasion of Ukraine this morning.

“These are among the darkest hours for Europe since World War II”, Borrell asserted. “A major nuclear power has attacked a neighbouring country and is threatening reprisals on any other state that may come to its rescue.”

European Commission President Ursula von der Leyen said “it is President Putin who is bringing war back to Europe”, as she too announced “a package of massive and targeted sanctions” to be presented to European leaders for approval at an emergency European Council session scheduled for this evening.

Borrell declared that the Council would agree and provide political guidance to “adopt the strongest package, the harshest package of sanctions” the Union has ever implemented. “Russian leadership will face unprecedented isolation”, he added.

Von der Leyen said the sanctions package will “target strategic sectors of the Russian economy, by blocking their access to technologies and markets that are key to Russia”. She also pledged to weaken Russia’s economic base and its capacity to modernise.

Reportedly, the sanctions will also include freezing Russian assets in EU member states and a block on access by Russian banks to European financial markets. The pending sanctions package is in addition to sanctions Brussels already imposed in response to Putin recognising Ukraine’s two rebel-held areas as independent republics.

EU leaders are also expected to call for sanctions against Belarus for having provided a staging ground enabling Russian forces to launch an incursion into Ukraine from the north. Belarus has already been targeted by a number of EU sanctions following its authorities’ brutal crackdown on peaceful protests in 2020.

Tags: Main-Slidersanctions on Moscow
No Result
View All Result