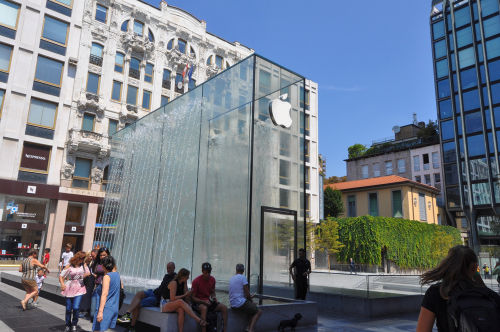 Swedish music service Spotify first filed a complaint against Apple in 2019, claiming the US company unfairly restricts its rivals on the App Store. Specifically, Spotify claimed to have been put at a deliberate disadvantage as a direct competitor to Apple’s music streaming service, Apple Music.

The charge would be the first to be raised against Apple in Europe, and are the outcome of the first of four investigations currently ongoing against the tech giant. If found to be in breach of EU’s strict market competition rules, Apple could be fined up to 10% of its annual revenues – an estimated 27.4 billion US dollars based on its 2020 cash flow.

Spotify and other companies also complained about what they perceive as unfair and uncompetitive fees levied on app developers to offer their products in the App Store, or through in-app purchases – a whopping 30%.

The announcement comes amidst a fresh row between Apple and social media giant Facebook, prompted by Apple’s decision to allow its phone users to opt out of personal data tracking for individual apps.

Even though Apple claims the move is aimed at increasing transparency, Facebook claims the end goal is to limit ad revenue to app developers, forcing them to charge for their apps and services, ultimately bringing in more revenue to Apple through App Store fees.

Apple’s practices came under US Senate scrutiny earlier this month, with Chief Compliance Officer Kyle Andeer defending the high App Store fees by claiming their store brought about the creation of entire new industries, as a result of which, millions of jobs were created.