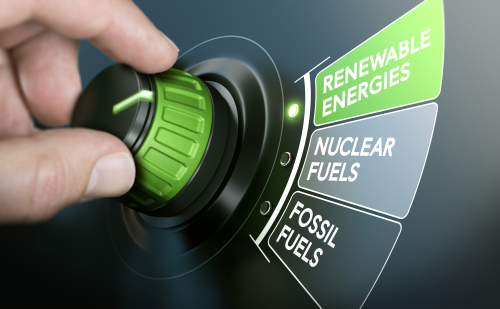 Brussels (Brussels Morning) Renewable energies overtook fossil fuels as the EU’s main power source in 2020, according to the European Commission’s report of the state of the energy, published at the beginning of this week.

The report, published nearly two years after the announcement of the European Green Deal, shows that renewables surpassed fossil fuels as the number one power source in the EU for the first time in 2020, generating 38% of electricity, compared to 37% for fossil fuels.

“In the present set-up, fossil fuels are only used when there is not enough affordable green or low-carbon energy to meet the demand”, Energy Commissioner Kadri Simson observed.

While there are a number of encouraging trends, greater efforts will be needed to reach the 2030 goal of cutting net emissions by at least 55% and achieving climate neutrality by 2050, the EU executive cautioned.

“Renewables would have overtaken fossil fuels in electricity generation years ago if the EU and governments hadn’t doubled down on fossil gas, which led to the current energy crisis”, Silvia Pastorelli of Greenpeace Europe told Brussels Morning.

After the Council’s meeting with EU Energy ministers on Monday, Simson said the message was “that we should not rush into rash decisions”, noting that “we must analyse what can be done to mitigate” price volatility.

Despite its hesitancy on the full uptake of renewables, the EU is making some progress towards its climate transition goals. A study by the European Environment Agency (EEA) revealed that the Union had achieved three main climate and energy targets in 2020 — reduction of GHGs, an increased share of renewable energy and improved energy efficiency.

The large drop was strongly related to the COVID-19 pandemic, but the magnitude of this effect is uncertain in comparison with the role of climate policies.

However, the EU agency notes that in order for the 2030 target of a 55% reduction in net GHGs emissions to be met, additional efforts are required, including the adoption and implementation of new policies.

The EEA analysis attributes overall positive progress primarily to the increased use of renewables for electricity, heating, and cooling.  When it comes to transport, the use of renewables is increasing more slowly but preliminary data indicates that the EU narrowly achieved the 10% target of renewable energy use in the sector.

With regard to the mitigation of emissions, the EEA said that economic sectors under the EU Emissions Trading System (ETS) — including electricity production and heavy industry — have delivered much stronger emissions cuts in comparison to the so-called Effort-Sharing sectors, notably transport, buildings, and agriculture.

“Unfortunately, most of the energy for heating and transport still comes from fossil fuels. There’s a lot of work still to be done to decarbonise these sectors and renovate buildings so people can have lower energy bills and cosier homes”, Greenpeace’s Pastorelli said.

Despite positive steps at the EU level, global climate pledges are “drastically off track” according to a recent report from the World Meteorological Organization (WMO), a UN agency.

In the report, the UN suggests that the current trend could lead to an increase in GHGs emissions of nearly a fifth by 2030 if countries do not raise their ambitions and goals accordingly.

“At the current rate of increase in greenhouse gas concentrations, we will see a temperature increase by the end of this century far in excess of the Paris Agreement targets of 1.5 to 2 degrees Celsius above pre-industrial levels”, WMO head Petteri Taalas declared.

World leaders will discuss their global pledges during the upcoming COP26, which kicks off on 31 October in Glasgow.