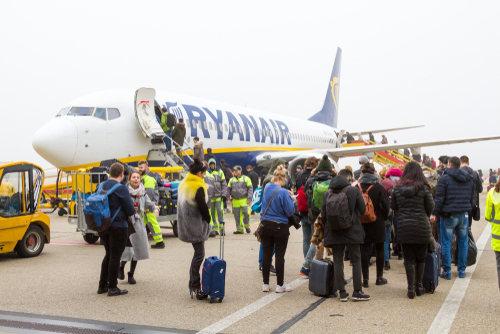 Brussels (Brussels Morning) EU leaders agreed on Monday to introduce new sanctions against Belarus after the country used a military jet and a false bomb scare to force a Ryanair flight to make an emergency landing in Minsk, so authorities there could arrest a dissident journalist, Reuters reports.

“We are closing our airspace to planes from Belarus and are calling on EU airlines not to fly over the country”,  European Commission President Ursula von der Leyen declared. ”Further economic sanctions will be presented soon”.

Member state leaders gathered in Brussels on Monday also demanded that Belarus immediately release journalist Roman Protasevich, who was arrested after the Ryanair flight was forced to land.

The detained blogger published a video online on Monday, from a pre-trial detention facility in Minsk, claiming he was in good health and confessing to having played a role in organising mass “disturbances” in the nation’s capital last year. Colleagues and allies of Protasevich claim the video was made under duress.

Von der Leyen announced on Twitter that the new sanctions, in addition to those already imposed against 88 Belarus individuals and entities, will cover individuals involved in the hijacking of the commercial plane, businesses that finance the Belarus regime and its aviation sector.

“We will keep pressure on the regime until it respects the freedom of opinion and of the media”, the EC President wrote. “Roman Protasevich must be released immediately”, she added.