EU pledges commitment but no timeline for Balkans’ accession 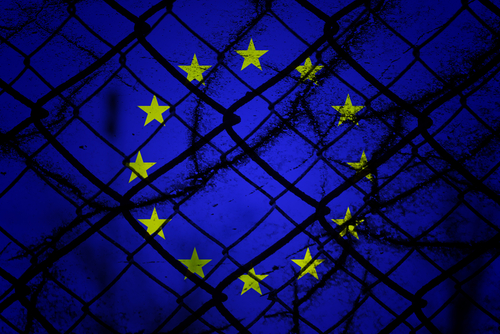 Brussels (Brussels Morning) EU member states meeting in Slovenia today expressed their commitment to the accession goals of Western Balkans’ countries, but refused to offer any concrete promises or indeed a timetable for the future of the EU enlargement.

Arriving at the talks between the EU heads and the leaders of the six Western Balkans’ countries in a renaissance manor near Ljubljana, EC president Ursula von der Leyen appeared keen to reassure the Balkans’ countries that the Union welcomed them.

“We want to send a very clear message and that message is that Western Balkans belong to the European Union, we want them in the European Union”, von der Leyen declared. “We are one European family, and I’m deeply convinced we share the same destiny.”

While enlargement was once a key policy for the Union, it has been put on the backburner in recent years as the bloc faced an increasing number of threats and challenges, ranging from the migrant crisis and the rise of populism to the coronavirus pandemic. Many countries are suffering from so-called “enlargement fatigue”. France and the Netherlands in particular are opposed to accepting any new members before the Union undergoes internal reforms.

For the six states of the Western Balkans, on the other hand, Union membership is the carrot that has been slowly pushing through the necessary but unpopular economic, political and judicial reforms. Many EU diplomats fear that stalling the enlargement process could stop or even reverse the progress these countries have made, even to the point while it could turn them away to seek other international partners, such as Russia or China.

Slovenian Prime Minister Janez Janša, which currently holds the rotating EU presidency, reportedly attempted to broker a joint statement which would commit to accepting the candidates into the Union by 2030, but even this distant date was too close for many EU countries, so the date was scrapped from the declaration.

Unable to commit to actual progress in the enlargement process, the EU is instead attempting to keep the Balkans engaged with the EU by other means. The Commission has pledged a 30 billion euro economic package for the region, and “tangible” improvements for people in the Balkans, such as boosting the local vaccine rates to reach the EU average levels.