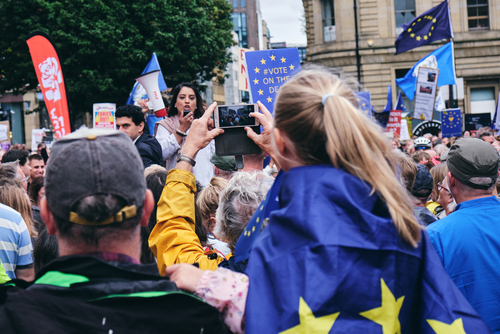 Brussels (Brussels Morning) The European Commission today announced its draft proposal for new rules regulating gig economy workers, the aim being to provide them with greater rights and employment benefits.

While some countries, such as Spain, have already moved to increase the protection of workers taking part in the so-called gig economy, this is the first initiative of its kind on a Europe-wide level. As such, it still has to pass review by the European Parliament and ultimately will need to be greenlit by all 27 member states as well.

“No one is trying to kill, stop or hinder the development of the platform economy”, Jobs and Social Rights Commissioner, Nicolas Schmidt, declared while presenting the proposal. He noted, however, that new rules will be required to ensure that the new business models, such as those used by delivery and personal transport platforms, “uphold the labour and social standards which have been established in the EU.”

The draft rules envision digital platforms being required to classify their drivers and delivery personnel as employees, and therefore provide them with a minimum wage, paid holidays and pension rights. In the past, most online food delivery companies have classified their workers as self-employed contractors, exploiting a legal loophole allowing them to pay them less than the minimum wage and to avoid having to pay healthcare and pension benefits for them.

Lobby group “Delivery Platforms Europe,” which includes Uber, Deliveroo, Glovo and Delivery Hero, warned in a statement that the new rules, as proposed, could lead to job losses in the future.

Petra Bolster, of the Dutch labour union FNV, also criticised the rules, cautioning that they leave another gap for companies to exploit. Since  the rules provide companies with a list of five tests that they can use to show their couriers are genuinely self-employed, Bolster argued that the delivery platforms will use these tests as a blueprint to “get around the criteria and get away with everything.”