EU opts for tariffs on US goods, calls for de-escalation 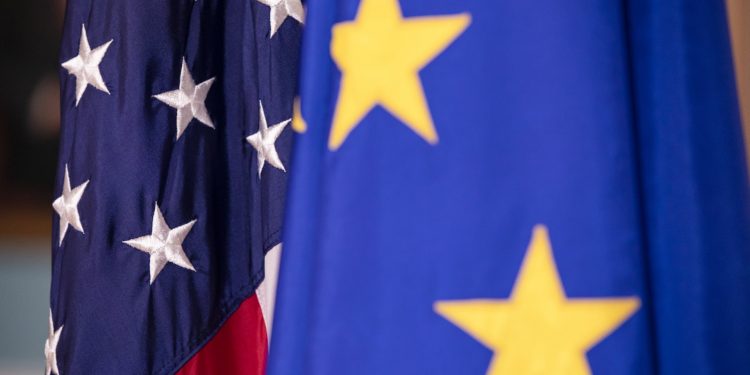 Brussels (Brussels Morning) The EU has announced plans to impose tariffs on US goods and services worth up to US$ 4 billion while calling for de-escalation of the trade war between Washington and the EU, AP reported yesterday, Monday. After the World Trade Organisation (WTO) deemed US support for Boeing aerospace company illegal and authorised the EU to impose retaliatory tariffs, EU trade ministers agreed to do so.

EU Commissioner for Trade Valdis Dombrovskis noted that the tariffs would come into force today, Tuesday. He expressed regret that an agreement with the US had not been reached, noted that the WTO had greenlighted retaliatory tariffs and reiterated that the EU would impose counter-measures.

Dombrovskis called on the US to reconsider a mutual and immediate lifting of tariffs, saying the bloc and the US should put the issue behind them. Commenting on the proposed counter-measures, he noted they would target industrial and agricultural products, but offered no further details.  Dombrovskis pointed out that the EU was mirroring the US approach, not escalating the trade war, but exercising its rights.

The WTO ruled in favour of Washington about one year ago, allowing the US to impose tariffs on EU goods and services worth up to US$ 7.5 billion because of EU support to  Boeing’s rival Airbus. The US had imposed tariffs on Gouda cheese, French wine and single-malt whiskey.

Germany’s Minister for Economic Affairs and Energy Peter Altmaier stressed the EU’s response was logical, adding that most of the 27 EU member states were agreed on the move. US tariffs have been in force for more than a year, he said, noting that it would not be clear until February or March who in the US administration would have the authority to negotiate. This was why the EU had to react sooner rather than later, he said, a response, he hoped would prevent further escalation.

Senior fellow at the German Marshall Fund of the United States (GMF), Peter Chase maintained that the EU should have waited a few months before imposing counter-measures. He suggested that US President-elect Joe Biden will be preoccupied with internal affairs and that the EU “should cut him some slack.”