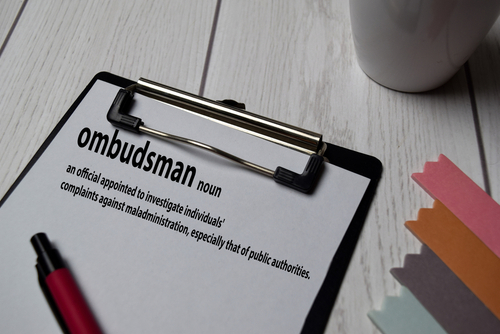 Brussels (Brussels Morning): In a conference by the Brussles chapter of Transparency International on Wednesday, EU Ombudsman Emily O’Reilly accused the Commission of controlling the ”information tap” in their own interest.

”Last week, transparency was the word of the day! When the Commission argues a case against the pharmaceutical company, then they refer to transparency,” O’Reilly stated, citing the dispute over expected vaccine deliveries with Astra Zeneca.

A week ago, Commission President Ursula von der Leyen had demanded the pharmaceutical company show transparency about their planned deliveries.

”But transparency should serve to build trust,” O’Reilly continued, implicitly criticising the Commission President for not affording transparency with regard to its actions on the agreements while still expecting that the pharmaceutical companies should be held to account for their lack of transparency.

The EU Ombudsman has urged the Commission to disclose details of its contract with Astra Zeneca as well identifying the officials that took part in the negotiations.

”The ombudsman’s office has received several complaints on transparency of the EU vaccine strategy and two inquiries are opened,” she stated.

The problem is that the Commission has rejected several requests for information surrounding the vaccine procurement.

”I will not prejudge my conclusions, but if the Commission wants to increase public transparency then such transparency could have formed part of the negotiations with the pharmaceutical companies.”

”Matter of life and death”

O’Reilly was especially critical of EC institutions that go out of their way to afford transparency when it is in their own interests. She noted instances where certain media were allowed greater access than others resulting in favourable coverage for the politicians involved. One example she cited was a TV documentary with the apparent purpose of portraying European Council President Charles Michel very favourably in a behind-the-scenes take on political crisis meetings on the pandemic last summer.

”Access and editorial freedom must have been controlled or otherwise other media outlets could demand unlimited access to these closed events. But who decided on the topics?,” O’Reilly wondered.

”Transparency should not be a vanity tool but rather a means of enforcing democratic accountability,” O’Reilly maintained. ”The administration should learn the lessons from the pandemic. Public trust is sustained by an honest account of what the administration does! In the context of the pandemic, transparency can quite literally be a matter of life or death.”