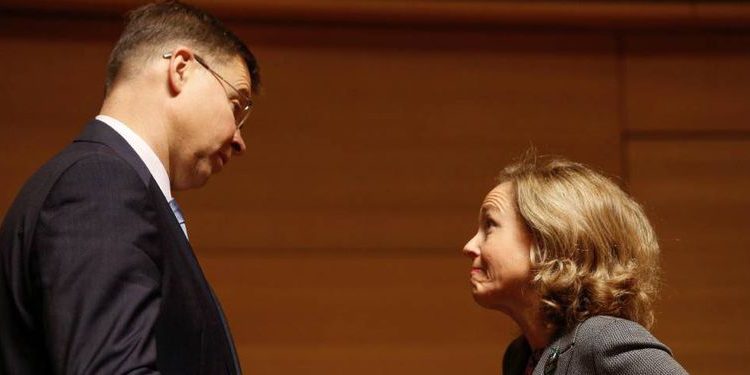 Brussels (Brussels Morning) The European Commission expects Spain to produce a credible and coherent plan to resolve key structural problems in order to receive its share of the European stimulus aid, the newspaper El Pais reported on Tuesday last week.

Madrid is one of the largest beneficiaries of the Next Generation EU recovery fund, which aims to address the economic fallout of the coronavirus crisis. Spain is slated to receive 140 billion euro of the fund’s planned 750 billion.

The Commission hopes to use this injection of funds to encourage member states to complete reforms that have been ignored or only partially addressed to date. Spain is one of the countries requiring the most attention, with the European forecast predicting a 12.4% drop in GDP this year, and growing national debt. In Spain’s case, the Commission identifies the largest structural problems as being issues to do with its pension system, jobs market, and market unity.

The EC is reportedly unhappy with the fact that Spanish pensions are tied to the consumer price index, and wants measures that would ensure the pension system’s long-term sustainability without adding to the burden of the overall national debt.

The Spanish labour market is currently stable because of  the ERTE furlough scheme that aims to ensure job retention during the coronavirus crisis. However, the ERTE is set to expire early next year, likely leading to a flood of unemployment. Some sources claim the Commission would like to introduce training programmes for the workers who lose their jobs once the scheme ends, yet the focus of the EC is to reduce Spain’s over-reliance on temporary contracts.

The Commission also expects Spain to draft a law that would unify its market criteria, reducing the fragmentation of regional regulation. Prime Minister Pedro Sanchez’s government has already stated plans to amend the 2013 economic market unity law, which was designed to reduce the sprawl of bureaucracy derived from various regional administrations. However, any changes will have to achieve a fine balance between the needs of the economy and the interest of the regional parties, which are propping up the ruling majority.