EU Multiannual Financial Framework 2021-2027: “failure is not an option” 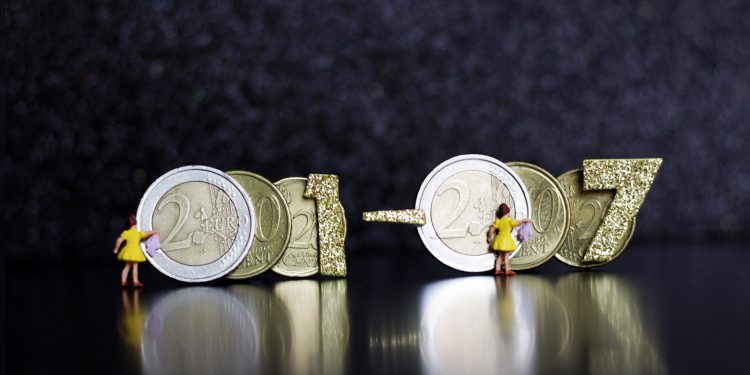 Athens (Brussels Morning)  With Hungary’s and Poland’s recent blocking of the adoption of the EU Multiannual Financial Framework (MFF) 2021-2027 and of the “Next Generation EU” coronavirus recovery package still reverberating in European ears, it is timely to remind ourselves why this process should not be let fail and why the EU budget must be safeguarded as the holy grail, given that what’s at stake is the future of economic growth and the rule of law in the EU.

The European Community was conceived and constructed as an entity with its own legal personality, its own interests and its own goals and aspirations, which it can only achieve by way of its own financial means.

The bloc’s financial budget, looked at from a national perspective, can seem to be of breathtaking proportions. Staggering as the amounts can be, the sheer size of the EU budget has traditionally served as a lure for various entities, legal and otherwise, inside and outside the Union, to exploit and manipulate it for their own ends, some of which are far from lawful and designed to evade accountability.

With the crucial negotiations for the EU MFF 2021-2027, plus the “Next Generation EU” package, still ongoing, Transparency International, in collaboration with other civil society actors from various EU Member States, is sounding the alarm bells in relation to the almost 1.8 trillion euro spend projected over the next seven years, concerned as they are that dubious networks with corrupt motives are already casting avaricious eyes at what is shaping up to be an extraordinarily increased inflow of funds to the EU Member States.

There is genuine fear that the need for these funds to be made available as soon as possible – especially within the next three years – increases the risks of mismanagement, fraud and corruption.

Given that such offences come at the direct expense of EU member state tax payers and the services they pay for, the ability to prevent and combat them, in order to ultimately protect the European establishment as a whole, should be  a matter of priority for all concerned.

In this context, special emphasis has to be placed on the public procurement practices and procedures that serve as the primary means for allocating and investing the bulk of the EU budget funds. This is the area most vulnerable to corruption, one where it is estimated that the EU and its citizens lose around 5 billion euro per year attributable to poorly executed public procurement contracts awarded on the basis of corrupt practices.

The EU Rule of Law Mechanism, which directly links disbursement of EU funds to a Member State in accordance with the recipient country’s respect for the rule of law, is key to ensuring maintenance of a coherent institutional environment that upholds good governance and democracy.

Put simply, the fact is that rule of law deficiencies may hinder due allocation and disbursement of EU funds within a Member State that opts not to adhere to European values. This means payments from the EU budget to a Member State can be reduced or suspended entirely in situations where that Member State systematically infringes EU rule of law norms.

Despite there being a number of national and EU institutions and procedures in place to prevent and investigate mismanagement, fraud and corruption, when it comes to the use of EU funds, their efforts are tenuous and often insufficient. In many instances, offenses are not even detected. Thus, there is pressing need for additional timely, comprehensive and efficient measures.

These include more oversight mechanisms based on open data, plus extended monitoring and control, so as to more effectively detect criminal activities and schemes and to protect the EU budget from malfeasance and corrupt practices.

Among other solutions, the activation of wider channels of access to information and the implementation of measures for external and independent monitoring are expected to promote strategic and coordinated actions against corruption networks, especially in such high-risk areas such as public procurement.

In this respect, civil society can contribute to strengthening the efforts of national and EU investigatory and prosecution authorities by providing valuable information for more targeted interventions.

The “Integrity Pact”, implemented by Transparency International since the 1990s, is indicatively one such participatory mechanism for civil society real-time monitoring with regard to the execution and awarding of public contracts. In the context of the Integrity Pact, the contracting public authority and all tenderers commit to comply with best international practices, so as to ensure maximum transparency and the integrity of the procurement process.

A third party endorsed by the contracting public authority and all tenderers, usually a civil society organization or a coalition of such organizations, commits to monitor the procurement process from start to finish and to inform the public, as well as the competent authorities, in a timely manner of its findings, including any suggestions it may have for preventive and/or corrective actions.

Under the current EU MFF 2014-2020, the Integrity Pacts, funded by the European Commission’s Directorate-General for Regional and Urban Policy (DG REGIO), were implemented to safeguard EU funds in 11 Member States for 18 public procurement contracts in various sectors.

Thus, it is clear that mechanisms exist and function to ensure that the EU budget actually finances economic growth and the rule of law – and is not subject to corruption. They are ample and at the full disposal of the EU and Members States’ leaders alike, all of whom should be held accountable in case of failure to achieve those crucial EU targets.