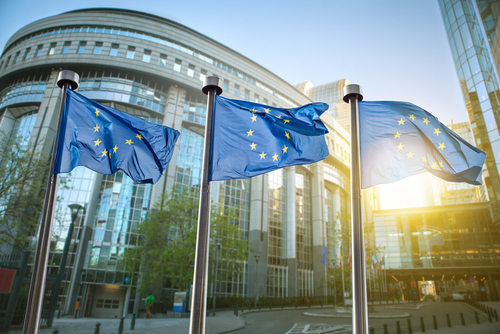 As forest fires continue to affect various regions in the Mediterranean and the Western Balkans, the Commission is mobilising support to assist the affected countries in limiting the spread of the fires, and to protect lives and livelihoods.

The EU executive mobilised two Canadair firefighting airplanes from France, which today were being despatched to reinforce firefighting operations in stricken areas of Italy. Two more firefighting planes were sent from Cyprus to support efforts in Greece, in addition to a firefighting team that is operating on the ground.

“It is a large fire and it will take a lot of work to get this under control”, the regional governor of greater Athens, George Patoulis, told state-run ERT television. “The foliage is very dense in these areas and it is very dried out due to the heatwave, so the conditions are difficult”, he said.

In addition, two helicopters to support operations in Albania are being dispatched from the Czech Republic and the Netherlands.

The Albanian Minister of Defence, Niko Peleshi, told Exit News that the country only has one helicopter capable of carrying 2000 litres of water.

Finally, Slovenia is sending a team of 45 firefighters to North Macedonia.

“We are working around the clock to send help as fires rage across Europe. I thank Cyprus, the Czech Republic, France, Slovenia and the Netherlands for swiftly deploying firefighting airplanes, helicopters and a team of firefighters to support countries heavily affected by forest fires”, Crisis Management Commissioner, Janez Lenarčič, declared.

All the assistance is being mobilised within the framework of the EU Civil Protection Mechanism, with co-funding by the Commission for at least 75% of the transport costs involved.

These deployments are in addition to the EU-coordinated firefighting operations currently ongoing in Turkey, as well as those in Sardinia, Italy.

Satellite maps from the EU’s Copernicus Emergency Management satellite are also helping by enabling the emergency services to track the fires and coordinate operations.

The EU’s 24/7 Emergency Response Coordination Centre is in constant contact with the different civil protection authorities of the affected countries as it  closely monitors the situation in order to channel EU assistance. “EU Civil Protection makes sure that our firefighting tools in place are used at maximum capacity. This is an excellent example of EU solidarity in times of need”, Commissioner Lenarcic observed.