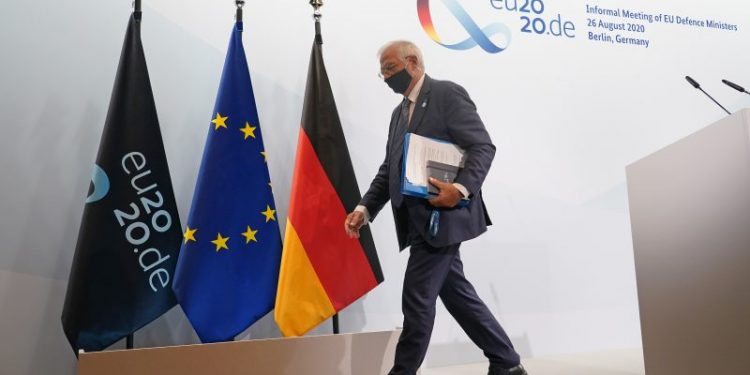 Brussels (Brussels Morning) Despite the debacle caused last week when a Dutch journalist managed to join EU’s defence ministers in their online debate about each country’s military contributions to joint defence capabilities, the ministerial meetings will continue in the online format for another two weeks.

Last Friday’s defence meeting ended abruptly due to the intrusion, but the ministerial meeting agenda resumes today with development ministers discussing debt relief for the most fragile countries while urging that funds not spent on servicing debt should go into investments on sustainable development.

There will be yet another push for gender equality and women’s empowerment programmes in EU external action, a central goal on the EU’s foreign policy agenda.

Negotiations on one of the EU’s main foreign policy instruments, the next agreement with African, Caribbean and Pacific nations on the post-Cotonou agreement, are continuing.

The Cotonou agreement should have expired in February but was extended to the end of this year, and the UK, despite its EU exit, still remains within the remit of the agreement this year.

Next week, the EU’s economics and finance ministers will discuss how to further fiscal cooperation between the countries, as well as the scope for granting international debt relief, in particular for African countries. Also, next Tuesday, culture ministers will gather online to prepare for the culture and media sector’s recovery from the pandemic restrictions.

The ministers hope to adopt a document on safeguarding a free and pluralistic media system in Europe. Ministers will also debate how international sporting events can pick up in the wake of the pandemic.

Next Wednesday, the EU’s health ministers will be briefed by the director of the European Centre for Disease Prevention and Control (ECDC) on the epidemiological situation in the EU. Based on the lessons learned from the pandemic, ministers will discuss the initiative on a European Health Union.