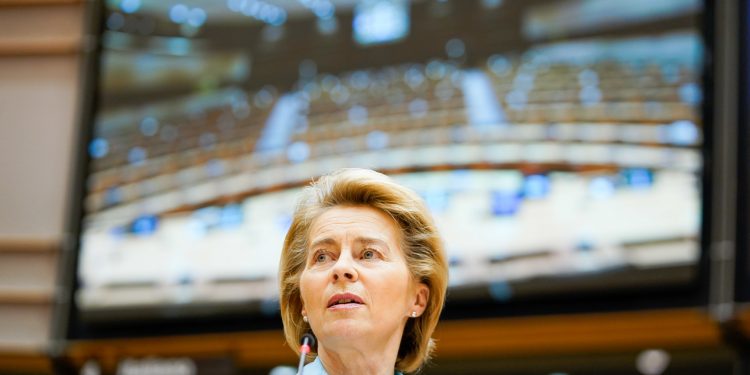 In her address to the European Parliament, Von der Leyen noted that immigration is a normal occurrence which EU countries should learn to manage it, adding that the new policy must recognise the dignity of each individual.

EU member states do not agree on how migration should be tackled whereas EU authorities insist on rules that will be implemented across the bloc. The number of refugees and migrants reaching the EU has declined sharply since 2015, yet more than one million have reached the EU by sea in that period, while many have died in the attempt.

EU member states in the south of the bloc, Italy, Greece and Malta among them, have called on other member states to help them cope with the influx of migrants reaching their shores. Northern member states such as Germany, Sweden and the Netherlands want all member states to accept migrants while their Eastern counterparts like Hungary and Poland do not want to take in any, according to reporting by Reuters.

Unidentified sources claim von der Leyen sides with the Northern EU member states since her plan is expected to include mandatory quotas for taking in migrants during immigration spikes. Given prevailing disagreements between member states, an EU-wide agreement on migration is deemed unlikely to be reached quickly.

Germany’s Minister of the Interior, Building and Community, Horst Seehofer, defended his Government’s decision to take in some 1,500 people from migrant camps in Greece.  The country could take pride in the role it is playing in the EU’s management of the migrant crisis, he claimed. Earlier in the week, Germany announced plans to take in 408 families following the fire that destroyed Moria migrant camp on the Greek island of Lesbos, an apparent torching that has left some 13,000 migrants without shelter.

Seehofer pointed out that, unlike 2015, this time Germany knows those it will take in. All 408 families are genuine asylum seekers, he said, noting too that Germany will take in up to 100,000 asylum seekers in the course of this year.

According to a YouGov poll for the German daily Die Welt, Germany is divided on how to tackle the migrant crisis, with 47% of respondents in favour of taking in people from the Moria migrant camp and 39% against the move.